Leclerc: The day was simply perfect 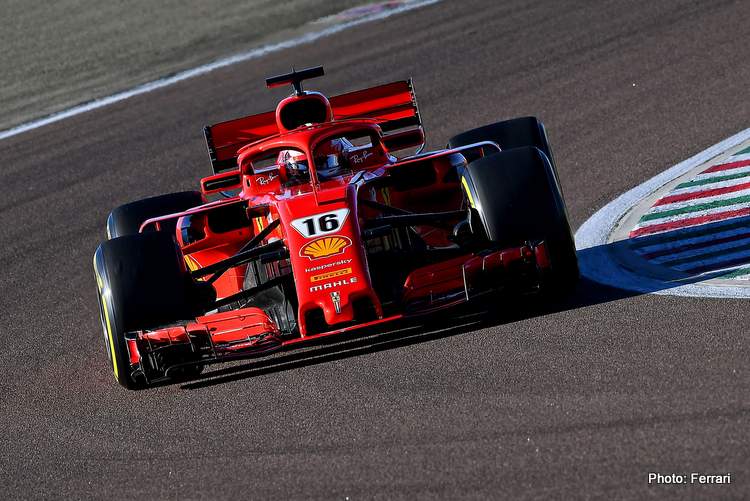 Fiorano enjoyed the sound of Formula 1 engines for a second day in succession, as, the Scuderia’s Little Prince, Charles Leclerc got his first track action of the year on Tuesday.

On Tuesday, the grand team gave their Ferrari Driver Academy young guns a run in some of the team’s iconic cars including the 2018 Ferrari SF71H, which Leclerc slipped into for his day in the cockpit at the Maranello test track.

Ferrari reported at the end of the day:

At 9.30 on the dot this morning, Charles Leclerc drove out of the pits at Fiorano for an installation lap in the 2018 SF71H, thus getting Scuderia Ferrari’s 2021 season properly underway.

Starts and mileage. The Monegasque was back at the wheel 44 days on from the final Grand Prix of 2020, held on 13 December in Abu Dhabi. Today, he was able to get down to work again with the team, reacquainting himself with procedures and driving a Formula 1 car for over 100 laps.

On Charles’ programme were practice starts and work aimed at the new championship and pre-season testing which takes place in mid-March.

Carlos tomorrow. On hand to observe everything was Charles team-mate Carlos Sainz, who will take over at the wheel tomorrow. It will be the Spaniard’s very first time in a Ferrari Formula 1 car. Sainz will also be on track on Thursday morning, while in the afternoon, it will be the turn of Ferrari Driver Academy’s Mick Schumacher who is racing for Haas F1 Team this year.

The German will also drive on Friday morning, after which Scuderia test driver Callum Ilott will take over for the afternoon.

Charles Leclerc: “Getting back in the car today was great, in fact it was brilliant! Seeing my mechanics again, putting the race suit on, doing my warm-up routine, putting on my helmet and finally jumping in the car and pressing the starter button… the sound of a Ferrari engine is always magic.

“The day was simply perfect and we got through all the work we had planned to do. I really enjoyed myself! Now I hand over to Carlos and I wish him the best of luck for tomorrow.”

So good to be back behind the steering wheel 😍🇮🇹 pic.twitter.com/Y3G6jf0eBw