Hamilton: I’d be a one-time world champion if I stayed at McLaren 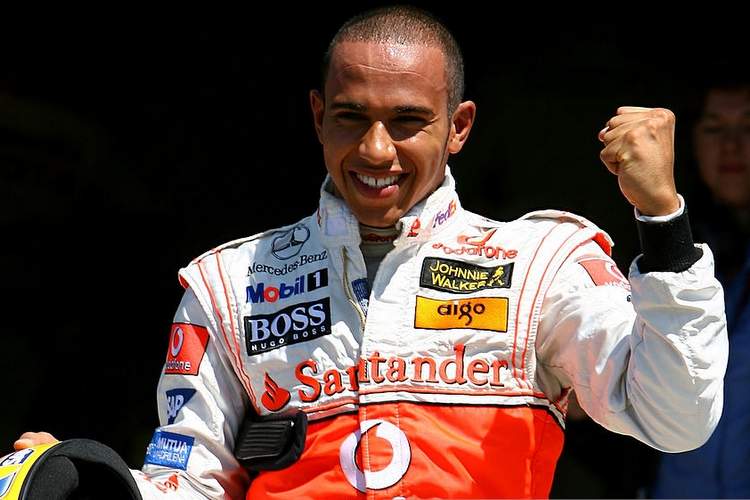 Lewis Hamilton has admitted that he would still be a one-time world champion if he had stayed at McLaren rather than moving to Mercedes in 2013.

The Brit burst onto the scene in his rookie year in 2007, falling short of a dramatic world title win by one point, before winning the 2008 championship by the same margin a year later.

However, the emergence of Red Bull and Sebastian Vettel meant that Hamilton was left frustrated in his search for a second world championship and towards the end of a frustrating 2012 campaign he decided to make the switch.

“I’d been with McLaren since I was 13 so it was my family and I was very safe there, I was well taken care of,” he told Mercedes sponsor Crowdstrike.

“But I think McLaren had this amazing history, they had multiple championships, they were super-successful and I felt that I wasn’t necessarily helping build something. It was already an illustrious team, it already had all that success. It had the biggest cabinet of trophies and I wanted to go somewhere where I could help, could be a big part of building something.

“When I joined this team, it didn’t have many trophies in the cabinet. It was on the way up, it was growing, it was building. There was more people coming. And I was like, I want to go somewhere and see if I can utilise everything I’ve learned in all these years, the privilege of working at McLaren, apply those learnings to a team that’s not being very successful to becoming successful.”

Since his departure, McLaren has endured a difficult period in their history, going through three different power-unit suppliers in the process.

However, there have been clear steps forward over the last two seasons and they rekindle their partnership with Mercedes power in 2021.

While McLaren have been on the up, Hamilton admits that he would not have achieved such a level of success had he not made the decision to leave.

“For sure there was moments when I was like, geez, I don’t know when I’m going to win again,” he added.

“I had to really analyse a lot of the pros and cons. But for me, taking the risk: Senna used to say ‘if you’re not going for a gap, you’re no longer racing driver’. I think if you’re not taking risks in life, then you’re standing still.

“So I could have stayed there. In hindsight, you look at if I had stayed, I wouldn’t have another championship to my name. I would still be a one-time world champion after 14 years.”

It was Niki Lauda who played a key role in persuading Hamilton to join Mercedes in 2013 and the Brit thanked the Austrian, who passed away in 2019, and former Silver Arrows team principal and current F1 managing director Ross Brawn.

“Things happen for a reason, one way or another,” he said. “And I’m really, really grateful that I took that step. I took that leap of faith. It’s thanks to people like Niki – rest his soul – and to Ross and to Mercedes for truly believing in me.”