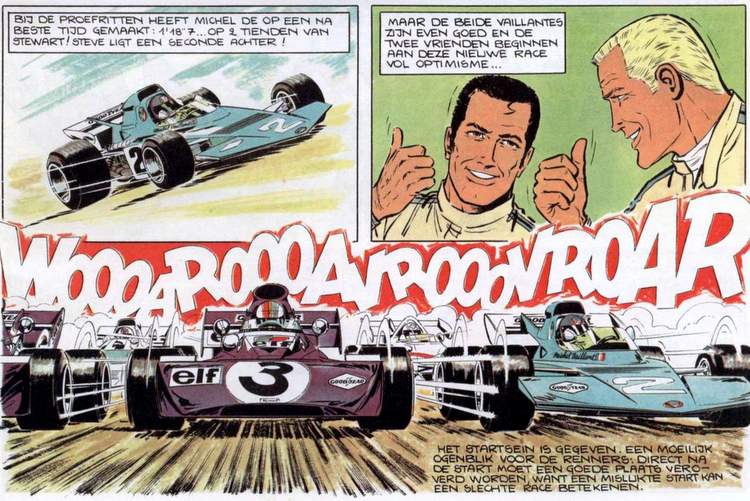 A graduate of the Franco-Belgian school of Art, Graton sold over 20 million editions of the fictional race driver’s adventures which have been translated into a dozen languages ​​and adapted for the small and the big screen.

From one adventure to another, Michel Vaillant steers his life between car racing, family affairs and police intrigue.

With his onomatopoeias and elegant lines, Jean Graton “recreates speed thanks to the sounds that tear his images apart. He invented the soundtrack in a silent art,” auctioneer Hervé Poulain, himself a race driver, told AFP at an exhibition on the designer in Belgium in 2015.

Popular among motorsports enthusiasts, Jean Graton went so far as to call on great drivers like Jacky Ickx, for example, to set the tachometer needle to the right speed when needed.

His friends were champions, like the Belgian Lucien Bianchi and the Frenchman Alain Prost, who attribute his vocation to the stories of this “visionary of human relations in the race”. He also often frequented René Goscinny and Albert Uderzo, the “parents” of Asterix.

Jean Graton was born in Nantes on August 10, 1923, raised by a father who ran a motorcycle club that took him to the 24 hours of Le Mans. At 8, his first drawing appeared in the Belgian newspaper The evening: “It was my dad repairing his motorcycle”, he remembered. 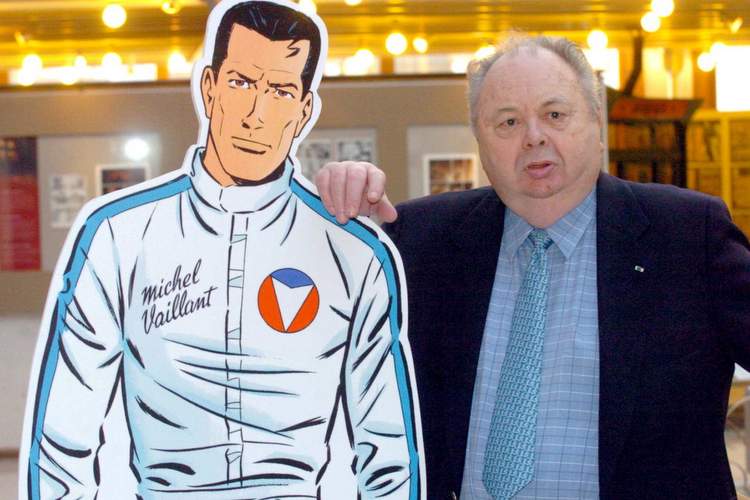 At 17, he was a fitter at the Nantes shipyard, doing his military service in Angers, where, thanks to his talents as a designer, he decorated the canteens. He moved to Brussels at the end of the 1940s, determined to make a living from his art.

Noticed by the World IT agency which provides comics for the magazine Spirou, he joined the competition in 1954, namely Tintin, then co-directed by the great Hergé and Raymond Leblanc.

He produced picture stories about an intuitive racing driver, running for a brand of car created by his father. In 1959 appeared the first album of a series that still lasts.

The author, who created his own publishing house in 1982, will also launch the sentimental series The Labourdets, then Julie Wood, heroine on a motorcycle who crosses into the life of Michel Vaillant.

The hero with square jaws and athletic appearance, who comes out of perilous situations with virtuosity has also been excellent content for the big screen and TV, for example the production of The adventures of Michel Vaillant (1967), a cartoon (1990), as well as the 2003 feature film, Michel Vaillant, directed by Louis-Pascal Cuvelaire (co-written by Luc Besson).

Fiction gave life to fifteen real cars, the “Vaillantes”, at the instigation of Jean Graton. One of them appeared in the latter film, with Sagamore Stévenin in the title role as well as Jean-Pierre Cassel and Diane Kruger.

After his retirement, his son, Philippe, who continues the series. The last of season 1 of 70 Michel Vaillant was released in 2007.