The Sunday Digest: Why criticism of Valtteri Bottas is warranted 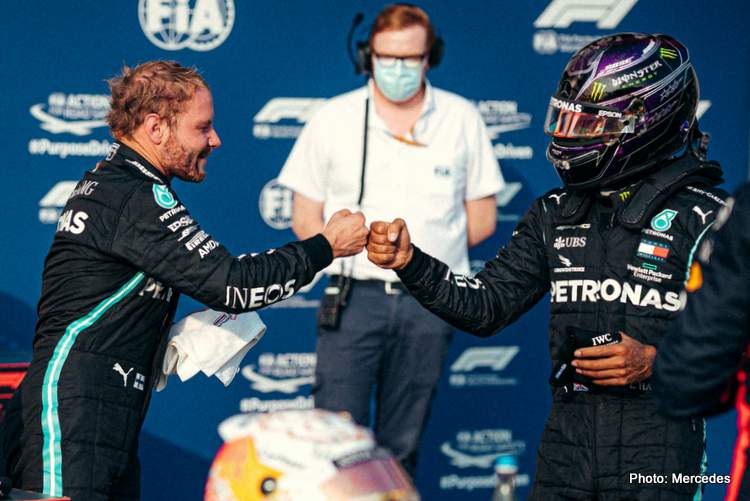 About once a year Valtteri Bottas let’s rip on the haters and tells them in no uncertain terms that he’s listening to what they say about him.

“To whom it may concern, fuck you,” he said after a convincing victory at the Russian Grand Prix in September last year. Once again this week, Bottas said that the “couch commentators” motivate him, as he stated that winning a world championship remains his goal.

As far as I’m concerned, Bottas is a good driver, a very good driver in fact. Ever since his emergence with Williams he has shown himself to have exceptional speed and during his three seasons alongside Felipe Massa, he was clearly the better of the two. Since arriving at Mercedes, he has routinely challenged Lewis Hamilton in qualifying, picking up 16 pole positions in total and outqualifying him around a third of the time.

On race day though he often comes up short and having watched him battle with Hamilton for four years now, he has simply not been good enough to win a world championship. Whether he’s paired with Hamilton, Max Verstappen, Charles Leclerc, Sebastian Vettel or Fernando Alonso, I think it’s fair to say that Bottas would come out second best.

Based on this fact alone I don’t think he is deserving of criticism that he gets, because he regularly lives up to my expectations of him. However, it is Bottas himself who routinely restates his desire to win a world title and as far as I’m concerned, the Finn can have it one of two ways. He can consider himself a title challenger and take the warranted criticism when he does not live up to that or he can accept that he is simply a high-level number two driver. If that is the case, any criticism levelled at him for not challenging for a title would be unfair.

As far as I can tell, the only slight consistently levelled at Bottas is that he isn’t good enough to challenge Lewis Hamilton and over the past four years that has been repeatedly proven correct. He can either take the criticism and let it drive him forward, or he can accept that perhaps he just does not have what it takes.

Elsewhere this week, it was great to see Jenson Button announced as an advisor at Williams. Button spent the first year of his Formula 1 career with the historic team and new owners Dorilton Capital will be hoping he can help them recapture some of the magic. Given his tremendous experience, I am sure the 41-year-old can bring plenty of input that will help the drivers, but this appointment should not overshadow the need for more work to be done behind the scenes.

Another new boy in Sergio Perez spent time at the Red Bull factory this week, claiming that a move to Milton Keynes was a “dream come true”. Perez has a monumental task on his hands partnering Max Verstappen, but the 30-year-old has earned this opportunity and is rightly excited to get started. Whether Red Bull can gain ground on Mercedes during the off-season remains to be seen, but Perez’s presence as a rear gunner will make life more difficult for Hamilton and Bottas.