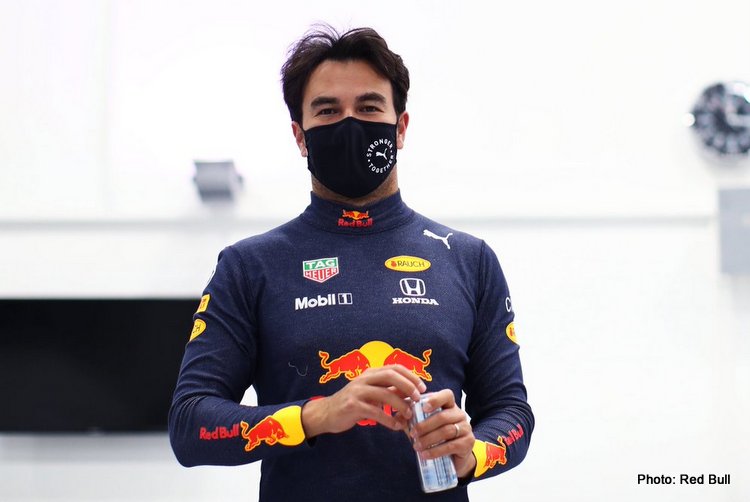 Sergio Perez has revealed that he felt “stupid” after testing positive for COVID-19, with the diagnosis coming at a “critical” point for him.

The 30-year-old missed both of the Silverstone rounds near the start of the 2021 Formula 1 season and lost his seat at Racing Point shortly afterwards.

Perez has since agreed to join Red Bull after enjoying a stellar second half of the season where he earned his first race victory at the Sakhir Grand Prix.

Despite his on-track success and subsequent switch to Red Bull, Perez admitted that last year was a “tough” one for him personally.

“I certainly had a very tough year,” he said. “With the coronavirus, being the first driver to get [it], now it’s like it’s been made more normal, people get it.

“But at the time, it was like you are the most stupid guy in there because you got the virus and then it was very harsh for me to deal with it.”

“It was a very critical time as well in my career, because there was the contract thing and in the end I lost the seat with my team. It worked out really well but you never know.”

Asked whether the prospect of leaving the sport altogether scared him, Perez admitted that he was fairly relaxed about the situation.

“When that happened, I was pretty relaxed,” he added. “I thought, well, I’ve had a tremendous career already and I’m pleased with myself, but I just have to give it my all, weekend after weekend and see what happens.