Domenicali: We want fans in the grandstands before the end of 2021 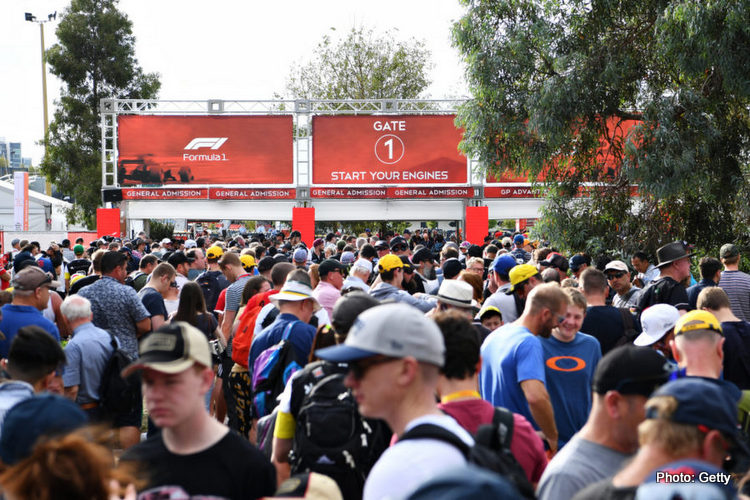 Formula 1 boss Stefano Domenicali hopes that the sport can host fans at Grands Prix before the end of the 2021 season.

The vast majority of races last season were held behind closed doors and it looks as though the new campaign will begin under similar conditions.

The Australian and Chinese Grands Prix have already been postponed because of the COVID-19 pandemic, while other races are reportedly at risk of cancellation.

Speaking this week, Domenicali praised the efforts of his predecessor Chase Carey in completing a full season in 2020 and spoke about his aims for the new campaign.

“In the short term, we need to make sure that the 2021 season can start in the right way,” he told Sky. “We are still in the pandemic situation.

“But in credit to Chase and all F1 people last year, a full season was done, 17 races, and no one would have thought that was possible at the beginning. So I think that is a credit to what Chase and all these people did.”

Asked about the prospect of fans being allowed into the grandstands before the end of the year, the former Ferrari team principal said that he hopes it is possible.

“I want to be optimistic,” he said.

“I hope that this year is really the transitional year versus the end of the situation, because if this crisis will go a bit longer for sure, this is something that could jeopardise the success of what we are talking about.

“But we really hope that within the end of 2021 we are having already at the end of the season Grands Prix that are having the objective of having crowds back again around the grandstand.”

The 2021 F1 season kicks off on March 28 at the Bahrain Grand Prix in Sakhir, with a record 23 races currently scheduled on the calendar.