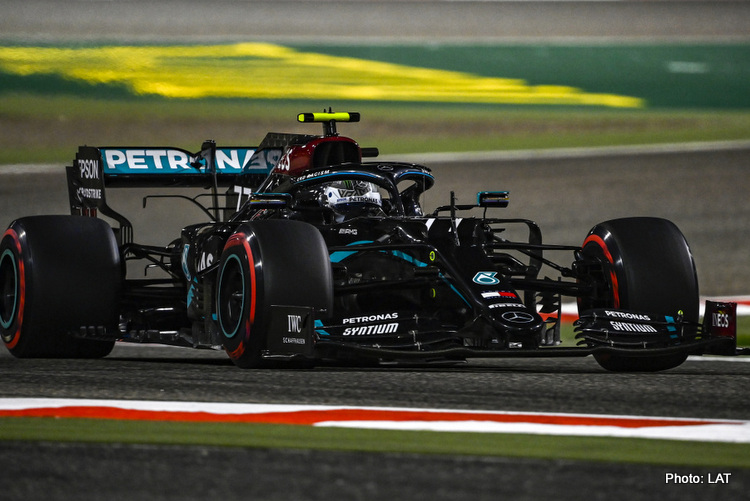 Valtteri Bottas said that he is motivated by “couch commentators” who underestimate the difficulty of his job at Mercedes.

The Finn has been subject to criticism over the last four seasons as a result of his struggles to challenge teammate Lewis Hamilton for the title.

Since arriving at the Brackley team in 2017, Bottas has won nine races and taken 16 pole positions but has been clearly beaten by Hamilton in the drivers’ standings on each occasion.

Asked whether the criticism he receives spurs him on, the 31-year-old said that he tries to avoid “negativity”.

“They really motivate me quite a lot,” he told Autosport. “I’ve learned a lot from myself not to try and let those kind of things affect me.

“I try to avoid that negativity, but no matter what you do, there’s always going to be negativity: sometimes less, sometimes more and it is the same with the criticism. But it’s a motivation to prove people wrong. No doubt.

“And I think I’ve said it before: sometimes I just don’t get why there is that kind of criticism.”

Hamilton has been beaten to world title just once in the turbo-hybrid era, but the Finn has stated in the past that he does not want to follow the example set by Nico Rosberg, claiming: “I much prefer to do the talking on track and race fair”.

Bottas will try again in 2021 to win that elusive drivers’ championship, but admitted the task at hand was “not an easy job”.

“I think the people who really properly understand the sport and, look at details, and think of things in other people’s shoes or driver’s shoes, I think they understand,” he added.

“But there’s many, for sure, like, in any sport, there’s always couch commentators who might, you know, underestimate things.

“From my side, I can say that it’s not an easy job.

“If you look at the numbers, Lewis is the most successful driver in F1 history, and I need to go up against him with decent speed and consistency weekend after weekend. So it’s not an easy place to be.”