Inside Line: Sir Lewis can be happy Sir Frank is not his boss! 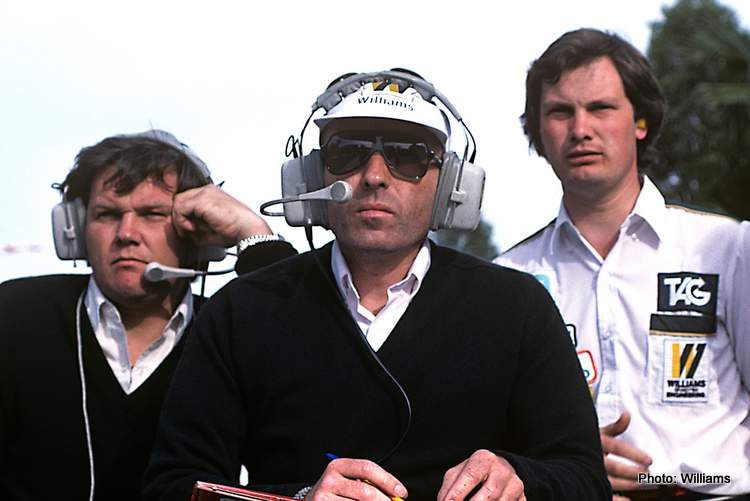 Although I am not privy to inside information, I am going to hazard a guess that Lewis Hamilton and Mercedes will ink a deal with little fuss over the coming weeks, if it has not been done already.

Everything you read about the deal going sour, wanting more money, less money etc. is all balderdash. Only a handful of people know what’s going on: Lewis, his immediate boss Toto Wolff, his boss Ola Källenius plus, I would imagine, a legal eagle to make notes within Daimler.

Nevertheless, the media fantasised stand-off [it’s good for clicks on slow news days] did prompt a flashback to Williams in their glory days when Sir Frank and his team ruled the roost.

Hard to believe, I am sure for the young generation, Williams of the eighties and nineties can be likened to the Mercedes of today. The team Sir Patrick Head and Sir Frank built was the mightiest of all – with 102 victories and 15 F1 world titles, during that period, a testament to the impact the team had then.

Every driver wanted to race for Williams, just like Mercedes of today; famously Ayrton Senna once offered his services for free, so good were their cars and their operation.

Perhaps impacted by the death of his close mate and race driver Piers Courage, driving a cumbersome De Tomaso, during the 1970 Dutch Grand Prix. Frank Williams was running that car.

Since then he was not one to take drivers to heart; Ayrton being an exception to that, but that’s another story…

Which triggers the memory of the famous stand-off between Williams and Nigel Mansell at the end of the 1992 F1 season.

Nigel was fresh from one of the most dominant seasons in F1 history. He started by winning the first five races on the trot, nine victories in the 16-round season and started from pole 14 times in the Williams FW14B – arguably Adrian Newey’s greatest masterpiece.

Williams would have broken the bank to keep Nigel in the team?

Nope. When Frank and Patrick wanted Alain Prost in the team, Nigel did not want it and claims, in his book, that contracts were broken as he did not consult him about the arrival of The Professor in the team.

Of course, the tribal Brit media went on the rampage at the time; at this point Nigel was massive in the UK! The outrage that poured out in the English language rags palpable.

This was Red 5 they were talking about! The reigning world champ! The biggest star on the island at the time being shown disrespect!

Williams – the team that flaunted the British flag on French soil whenever they won races there – had contracted France’s favourite F1 son Alain to join the team whether Nigel liked it or not.

Or anyone else for that matter because that’s how Sir Frank rolled in those days.

So Nige went off to Indycar, pounded everyone into submission and that was that for his career while Williams continued to own F1, with titles coming their way in 1993, 1996, and 1997 – by then Nigel was a distant memory in terms of racing.

Fast forward to today, if Toto and Ole were to take a leaf out of the management style of Sir Patrick and Sir Frank the scenario would be something like this:

Fresh after Lewis clinched the 2020 F1 title, Mercedes announce the signing of Max Verstappen, no questions asked of Lewis. Take it or leave it Champ.

The two Sirs would have probably added: “And don’t come asking for money. In fact, reduction coming your way – the whole world has taken a hit with COVID-19, some people on half salary, others have no jobs. That $40-million you were getting, well it’s $4-million now.”

At that point in their history, Williams knew they had the best car by a country mile and at least half a dozen drivers capable of taking it to victory lane.

Ditto Mercedes right now with their fleet of unbeatable cars… and Sir Lewis knows that only too well (as George Russell proved) and won’t be playing hardball while chilling in the snow in prep for the new season. It’s all under control and be assured the champ is going nowhere.

The sensible thing for both parties is to agree a retainer and let it pan out for another couple of years.

Lewis is still a huge drawcard, and the consistently fastest driver of his generation, while the hallmark of Wolff’s management style is to keep harmony in the team, lessons learnt from the 2016 civil war between Lewis and Nico Rosberg.

The Silver Arrows (or are they the Black Arrows now?) are likely to gobble up the F1 title in 2021 and, be sure when the lights go green, for the new 2022 F1 regulations they will be at the sharp end.

Lewis is no fool, he will be in the Mercedes W12 next year, he knows where his bread is buttered and, taking a trip down memory lane but, at the same time, he can be thankful he is not racing for Sir Frank when Williams ruled the roost