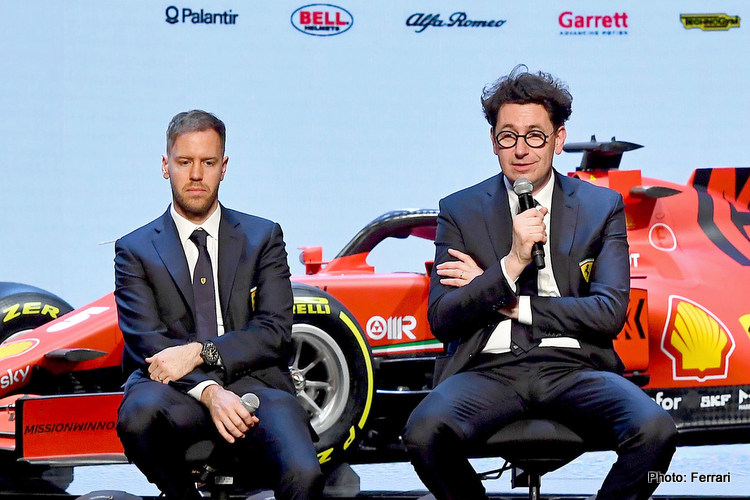 Sebastian Vettel said that he completely accepts Ferrari’s decision to let him go after six years with the team in Formula 1.

The four-time world champion was informed by the team that they would not be renewing his contract before the start of the 2020 F1 season, with the German subsequently agreeing to join Aston Martin.

Asked whether he understands why Mattia Binotto and Ferrari decided to let him leave, Vettel said that looking at the decision closely does not change anything.

“I don’t need to (understand Ferrari’s decision), to be honest, and it doesn’t change anything,” he told RACER. “I don’t look at it that way.

“I don’t work that way. It’s fine for me and I completely accept it, and when Mattia told me on the phone, it was clear. It wasn’t like I was trying to fight back or convince him otherwise – not at all.

“I think very much that if one door shuts another one will open, and obviously it took a bit of time and it raised a lot of questions about which door I want to open. It’s not that I had all of the teams of choice, but just in terms of what I want to do – more for the future, if I want to stay in Formula 1 or not. But obviously, I’ve made my decision and opened the door.”

After a trophy-laden spell with Red Bull, Vettel moved onto the Scuderia in 2015 in a bid to emulate the success of his hero Michael Schumacher.

Schumacher won five world titles in Maranello while Vettel missed out, but the 33-year-old said that the disappointment of failing to secure a title was not something that will stay with him for the rest of his life.

“The title was the big thing, so for sure there’s something missing, but I’m quite sure I won’t be frustrated by it for the rest of my life,” he added.

“I think it will help me for the rest of my path in Formula 1 and outside Formula 1, about myself, about people… I’m definitely of the conviction that I leave richer than I was before, and I don’t mean this financially or with more wins, but I think richer in experiences and things that will help me along the way.”