Russell: If you don’t excel in F1 you get chewed up and spat out 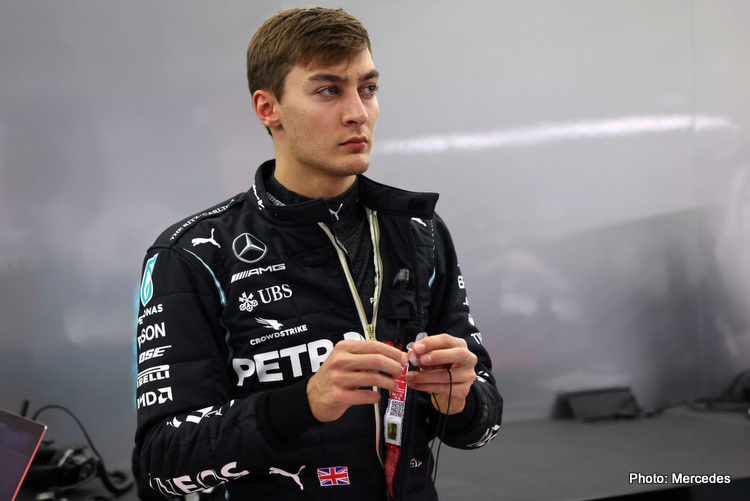 Williams racer George Russell has admitted that the “ruthless” nature of Formula 1 pushes him to “become better and better” as a driver.

Russell begins his third season in the sport in 2021 and will race for a Williams team hoping to climb up the grid after two difficult seasons.

The Mercedes junior driver will also have his eye on a drive with the reigning world champions, with the long-term future of Lewis Hamilton and Valtteri Bottas yet to become clear.

Speaking ahead of the new campaign, Russell said he was aware that drivers who don’t hit the ground running often get “chewed up and spat out”, such is the competitive nature of F1.

“As a driver, you feel confident in your ability,” he told Autocar. “But in F1, it’s all about timing. Right place, right time.

“F1 is like no other. It’s ruthless, and you have to excel in all areas or you’re going to be chewed up and spat out. I recognised that early, and I’ve been working ever since to become better and better.”

The Brit, who turns 23 next month, was very impressive during his sophomore season in F1, excelling in qualifying in particular.

However, he did squander a great opportunity to pick up Williams’ first points of the season during the Emilia Romagna Grand Prix at Imola after crashing under the safety car.

Recalling the event, Russell said that owning the mistake and taking responsibility was an “important” moment for him and the team.

“If you’re the one to make the mistake, it’s always important to hold your hands up because it makes others realise that if they make a mistake, they can hold their hand up and learn from it,” he added.

“That was important, not just for myself but also for the team, to say: ‘I messed this up, I’m incredibly sorry and I’m doing my utmost to not let it happen again. I’ll come back stronger and deliver the goods.'”