Jordan: Vettel is over his peak, I would’ve kept Perez 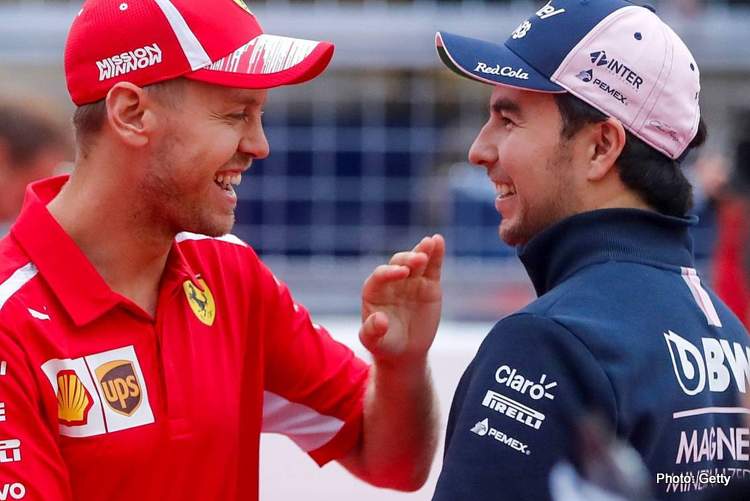 This weekend Eddie Jordan surfaced with explosive comments about Lewis Hamilton, suggesting Mercedes ditch the superstar should he want too much money, but that’s not all as the former Formula 1 team owner also took a swipe at Sebastian Vettel.

In other words, taking on the two drivers that between them have 11 F1 world titles!

During the same interview with F1-Insider, maverick Irishman insists he is still connected to the big wigs of the sport, Jordan said of Aston Martin bound, Seb, “I like him a lot, but I think Aston Martin made a mistake to sign him.

“The last two years against Leclerc at Ferrari have been pathetic. I don’t know why he looked so bad, he won four world titles. But I think he is over his peak. In any case, I would have kept Perez.”

It could be claimed that Sebastian was lucky to find refuge at Aston Martin, he had no other top team options after Ferrari unceremoniously showed him the door after six fruitless (title-wise) years.

The German’s form this past season (and more) has been woeful; only a podium to show after the crazy Turkish Grand Prix at the end of his worst full season in the top flight.

Seb was chosen by Lawrence Stroll as a better option to lead the ambitious project which almost led to Sergio Perez being sidelined this year, but a deal was struck to ensure the Mexican stays in F1.

Ironically he heads to Seb’s old Red Bull team where he will partner mighty Max Verstappen for what is going to be a mother intriguing sideshow in a season sure to packed with them.

Jordan added his sixpence, “With Perez, Red Bull is getting a top driver. Nobody believes that he is as fast as Max Verstappen. Perez is a great driver who, especially in the race, will do what Red Bull expects of him: being close enough to Max to be able to put pressure on Mercedes with two cars.

“His predecessor Alex Albon was never able to do that,” he added with reference to the Thai driver who was drafted in to replace underperforming Pierre Gasly at Red Bull. Two failed experiments.