De Meo: I chose Brivio because Italians have racing in their DNA 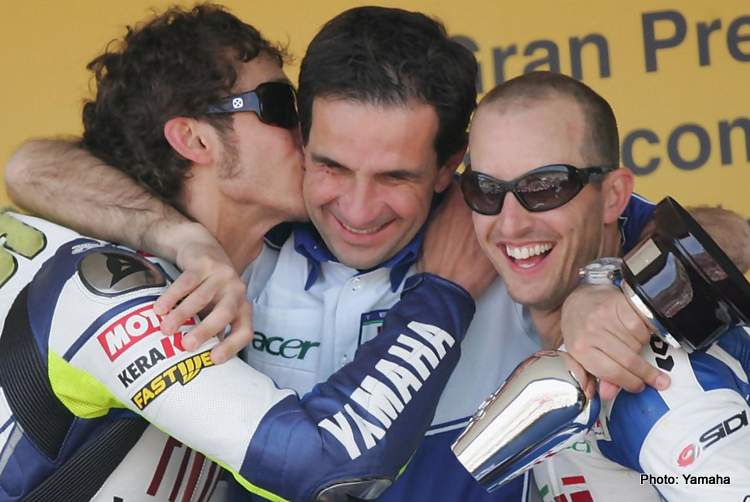 Renault CEO Luca De Meo clearly means business as the legendary marque morphs in the Alpine F1 Team for this season and the future and spearhead’s the French company’s Formula 1 ambitions.

And these are lofty as De Meo clearly intends to be a hands-on boss when it comes to the revamped team, with Cyril Abiteboul out of the door, MotoGP legend Davide Brivio drafted in as Race Director.

The second Fernando Alonso era begins for the organisation; the Spaniard led the team to two successive F1 titles in 2005 and 2006. This year, fully fired up, he returns to the top flight after two years out of F1 alongside Esteban Ocon for the second chapter of an already illustrious F1 journey.

De Meo, an Italian, believes in the importance of success in F1 and explained the appointment of Brivio to FormulaPassion, “Italy is a cradle of excellence, in engineers, mechanics, professionals who have Formula 1 in their DNA.

“This is why I chose an Italian, Davide Brivio, as Racing Director, the head of our racing team. Everyone knows that he is the outgoing world champion of MotoGP, on two wheels. But it doesn’t matter if there are four wheels on this side.

“He is an excellent professional, he knows the flavour of a track, the importance of having a close-knit team, entrusting everyone with a specific role, he knows how to organise the workflow.”

Renault have never attained the giddy heights Alonso led them to under Flavio Briatore, although as engine supplier, they partnered Red Bull during their dominant run at the start of this decade.

Since then and under Abiteboul’s leadership the team remained stagnant until, ironically, the final stages of his tenure in which he scooped Daniel Ricciardo from Red Bull and, as a result, the team became a more potent force at the sharp end of the midfield.

Three podiums have signalled an awakening from a team with 35 victories in F1; Daniel’s third place at the 2020 Eifel Grand Prix was the team’s first since 2011!

Clearly that is not good enough for the new CEO, “We have to do better than last season, that is to win more podiums. The real challenge will come for us after 2022 with the change of the regulation.

Alpine for us means sport, competition, the application of Renault’s technological excellence. On the road, we want to make it a brand that is only zero emissions, but always sporty.

“I like to look for the soul of a brand, in the roots of its history, to project it into the future and Alpine has a lot of history and a future too,” declared De Meo.

With McLaren ditching Renault/Alpine power units for Mercedes in 2021 and beyond, Alpine will focus their efforts on one team and two drivers for the first time since 2016