Ecclestone: We miss the real Seb 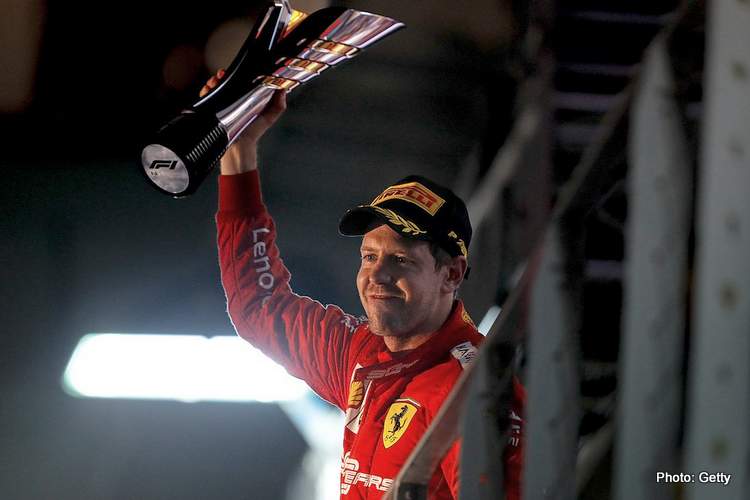 Sebastian Vettel counts Bernie Ecclestone as a close friend, confidante if you wish, but the former F1 supremo doubted the German was capable of returning Ferrari to championship glory.

But as a new F1 chapter beckons for the German, Bernie believes the four-time F1 world champion will silence his critics at Aston Martin this season.

Speaking to La Gazzetta Dello Sport at the end of 2018, Ecclestone was asked for his thoughts on Ferrari’s failure to win the championship despite apparently having the best package to do so since the advent of the turbo-hybrid era.

Ecclestone admitted after the Abu Dhabi season finale, “I really thought Ferrari would do it this year and really don’t know where they lost their way, at what point they lost it and there was no valid reason. I don’t know.”

“Sebastian made mistakes, the team made mistakes. On some tracks, Mercedes were stronger but in the end, on average, Ferrari had the better car.”

Fast forward a couple of years, Seb’s departure from Maranello was well documented; Ecclestone was asked for a postmortem on the Ferrari exit by Sport1, to which he replied “It wasn’t that long ago that Seb was at the top of the all-time leaderboard.

“Unfortunately, hardly anyone speaks positively of him now. In Formula 1, a driver is still dependent on his car. And his Ferrari didn’t seem to suit him.”

Not to mention Charles Leclerc sparkling, relatively, in the sister car which Bernie acknowledged, “Leclerc is definitely a huge talent. But so too was Sebastian Vettel, he still is and he has more experience so he should be in front.

“Ferrari has always been a somewhat unclear team, where domestic politics have always played a big role. It was actually only at the time of Michael Schumacher that everyone was pulling in the same direction.

“Fortunately, Seb has a new challenge at Aston Martin next year. Then he will give the answer to the doubters who no longer believe in his abilities this year.”

The 33-year-old found refuge when billionaire Stroll came knocking, convinced his zealous project will bring the best out in Seb once again; this team is not messing about and time will tell how it all gels.

We reported Bernie’s boast at the time, “I pressurised Lawrence Stroll to take Sebastian. I told him how good he still is and that in the end, it will be a win for everyone if the deal goes through. I think my arguments helped convince him.

“At Red Bull, Seb was well-loved, something he got used to. He spoke with everyone, everyone talked to him. He felt comfortable within that team.”

“I think Ferrari has not been like that. This has affected his focus and concentration. It should not have happened, but Sebastian showed an emotionally sensitive side to his character, which is strange for a German…”

“Vettel must harness his inner strength, look at things with greater calmness. He is not the finished product, he is just disoriented. He has everything in his power to recover and find himself again. We miss the real Seb!” added the former F1 chief.