The braking point: Has Sebastian Vettel still got what it takes? 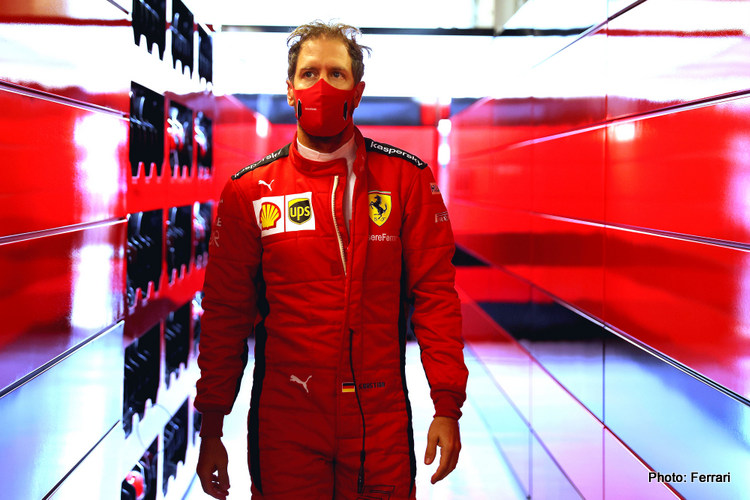 Sebastian Vettel endured one of his toughest seasons in Formula 1 to date last year as the four-time world champion’s Ferrari dream faded into obscurity.

A German who grew up during the era of Michael Schumacher dominance, it was no surprise that after four years of domination with Red Bull Vettel was keen to emulate his hero by winning a title with the Scuderia. In six years at Maranello, he won 14 races and challenged for the title on two occasions, but given the expectations that followed him throughout that period, many observers view his time in Maranello as a failure.

For the record, I am not in that camp. I see 2018 as the only year where he perhaps should have won the championship with Ferrari. In 2017, Mercedes came on increasingly strong towards the end of the year and despite his incredible efforts to start the campaign, Lewis Hamilton was in pole position to take the title.

But this is not an obituary of Vettel’s time with the historic Italian manufacturer. Instead, it is a look to the future and a bid to understand where his career can go from here.

As a team, Aston Martin is certainly an interesting prospect and given their financial backing, they should not be ruled out as a frontrunner, provided they get the 2022 regulation rights. In 2021, much will depend on how well they understand the Mercedes philosophy upon which the RP20 was based, but given the way the team came on strong towards the end of last year, it is fair to expect that Vettel will have fairly competitive machinery underneath him.

Looking at his dramatic downturn in form last year, it is tough to decipher what are Vettel issues and what are Ferrari issues. In 2019, when the Scuderia were pretty competitive, the German had one win, two pole positions and eight podium finishes. He was outdone by teammate Charles Leclerc, who ended the year 24 points ahead of him in standings, but given how bad things became last year, he was still very much a top-end driver capable of competing at the front.

In 2020, I am largely happy to put his dismal form down to a sense of apathy with his situation. His split with Ferrari was hardly amicable, while their uncompetitive car meant it would have been tough for Vettel to summon the necessary motivation to drag his car into Q3 week after week.

Looking forward to the new year though and there are no more excuses. If Vettel continues to be mired in the midfield, stuck in a close battle with teammate Lance Stroll, questions will be asked. Aston Martin gave up Sergio Perez to bring him in and they expect him to take the team forward.

The Silverstone team are not expecting a 33-year-old driver simply looking to pick up his cheque. They think Vettel can take them towards the front of the grid, if not to the very front.

Luckily, I get the feeling he will be as motivated as ever and desperate to start reminding people of his quality. He knows that after a difficult spell, this is the ideal opportunity to, not rewrite his legacy, but add a couple of favourable chapters onto the end of it. Whether he is able to do that remains to be seen, but it will be a fascinating storyline to follow when the new season begins.