Steiner: Having Schumi’s son on our team is a great honour 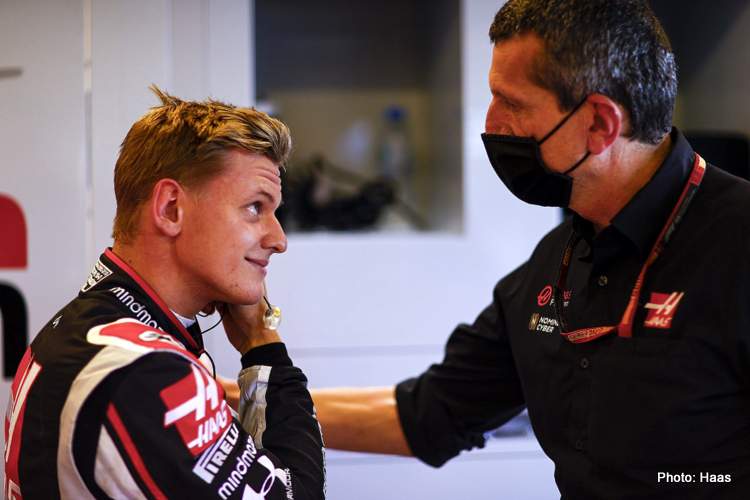 While some question the wisdom of Haas F1 Team running two rookies with a car that two veterans failed to tame, but team boss Guenther Steiner relishes the honour of mentoring Mick Schumacher.

The 2020 Formula 2 Champion, son of F1 legend Michael Schumacher, Mick steps up to the top flight thanks to a Ferrari backed deal that will see the 21-year-old German suit up in the colours of the American team.

Steiner told Motorsport-Total.com, “The name Schumacher is a legend in Formula 1. Having his son on our team is a great honour for us. Michael always had that aura of greatness around him and now his son drives for us.”

As Mercedes strengthen their ties with their customer teams, Ferrari appear to be following suit. They already had an influence over the Alfa Romeo team where Mick was expected to be placed.

However, Ferrari have condoned Simone Resta’s move to Haas which suggests that they are forging closer ties to the team that will groom young Schumie for the journey ahead.

Haas, the youngest F1 team, are entering unchartered territory (for them) with two rookies, as Mi and Romain Grosjean can testify.

“We’ll do our best to do our duty to prepare him for bigger things in life,” promised Steiner. “It’s an honor to have him on the team, but of course, that brings a lot of pressure with it. I’m sure of it completely conscious and give myself no illusions.”

Mick’s rise to the top ranks has been steady and purposeful, winning both the F3 and F2 titles in his second season of trying with the same methodology: a solid first season of learning followed by a second season of blossoming.

The manner in which Mick won the F2 title, triumphing over a particularly impressive field, also impressed his new boss, “It’s a big statement and I think that it is a good thing for the self-confidence of every driver when you win a championship like Formula 2.

“Like every championship, there are highly competitive age groups and some that are less competitive. And I think 2020 was extremely competitive, it was only decided in the last race.

“Going out as a champion should give him the confidence to start in F1 where everything is new for him. He can always refer to being the F2 champion. All of this helps when one gets to F1,” added the Austrian.

Schumacher’s first mission will be to overcome his teammate Mazepin who is extremely fast at times, but also a loose cannon which Haas are already busy trying to tame.

The contest between a billionaire’s wayward son, in F1 primarily because of his family’s money, up against squeaky clean Mick whose mission in F1 (inadvertently or not) is to add another chapter to his family’s fine legacy at the pinnacle of the sport.

Who beats who on a regular basis in 2021 will provide fans with a riveting sideshow, albeit at the wrong end of the grid.