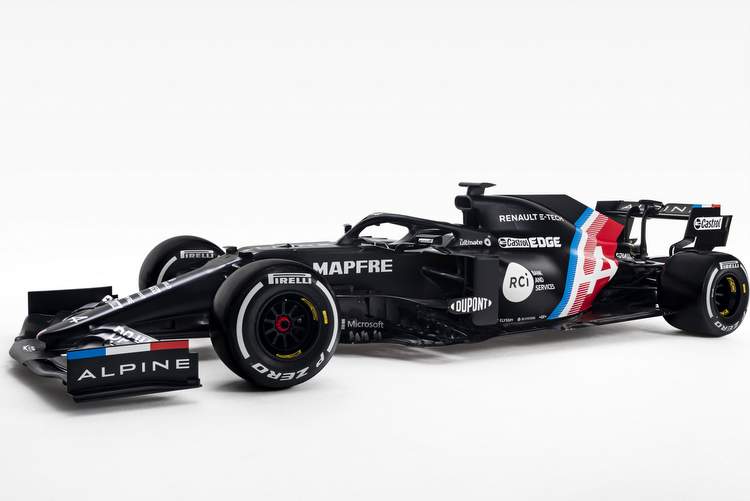 The morphing of Renault F1 Team to the Alpine F1 Team, a brand swap that puts an end to the black and yellow of the past, to the black with the tri-colour red, white and blue band revealed in a press release today.

The new project will be spearheaded by Fernando Alonso and Esteban Ocon, the two-time F1 World Champion making a return to the top flight after a two-year hiatus, here is their mandate: 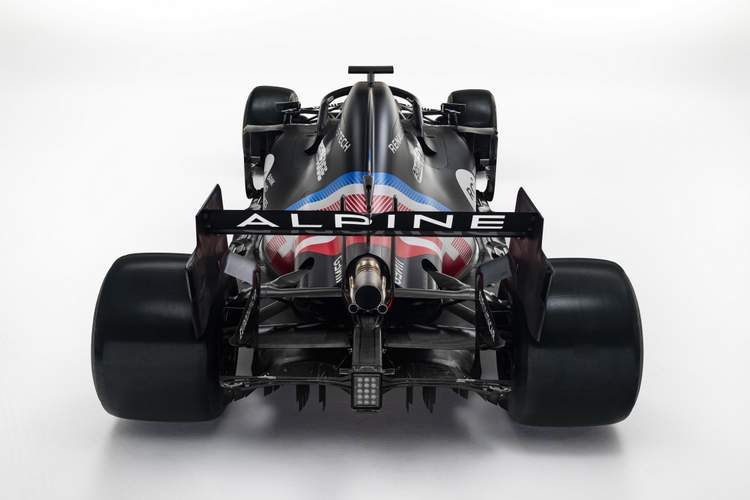 Current activities of Alpine cars, Renault Sport Cars and Renault Sport Racing will be united as one entity under the Alpine brand. Alpine will bring together the credibility of an authentic brand, specialized manufacturing, engineering mastery with considerable media exposure from Formula One.

Together, they set the foundations to truly create market value around Alpine and take it to a different league.

The newly created Alpine entity will be a “new generation” automotive Brand for discerning, passionate early-adopters. 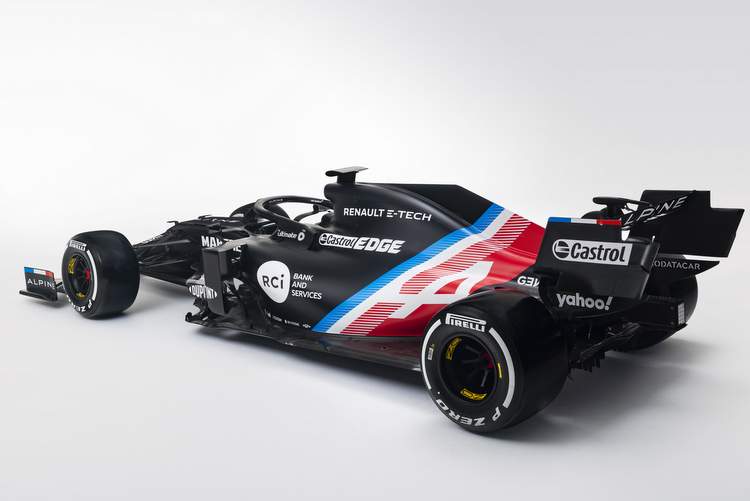 Alpine is arguably the epitome of French motoring, building on remarkable victories throughout its history. It is a brand with heritage and pedigree. It is also a factory with highly skilled specialists manufacturing the A110 in Dieppe.

Renault Sport Cars comprises a team of 300 people who are masters at developing sports cars. They gave Groupe Renault iconic products such as the R5 Turbo, Clio V6, Megane RS Trophy and the new Alpine A110.

Renault Sport Racing, with its eponymous F1 team, gathers 1,200 people who develop the “grand complication watches of motorsport” with some of the best aerodynamicists, mechanics and powertrain engineers.

F1 is also a huge marketing platform with half a billion fans worldwide, thus representing a unique opportunity to enhance Alpine’s branding globally.

Alpine will also leverage the scale and capabilities of Groupe Renault and the RNM Alliance including technology with the Alliance EV-native platform, a global manufacturing footprint, a powerful purchasing arm ensuring optimum cost competitiveness, a global distribution network and RCI Bank & Services. The clear objective is to be profitable in 2025 including investment in motorsport.

Laurent Rossi, CEO Alpine: “The new Alpine entity takes three brands with separate assets and areas of excellence to turn them into an empowered, fully-fledged business.

“The craftsmanship from our plant in Dieppe, the engineering mastery from our Formula One and Renault Sport teams will shine through our tech-infused, 100% electric line-up, taking the beautiful Alpine name to the future.

“We’ll be on the tracks and on the roads, authentic and high-tech, disruptive & passionate.” 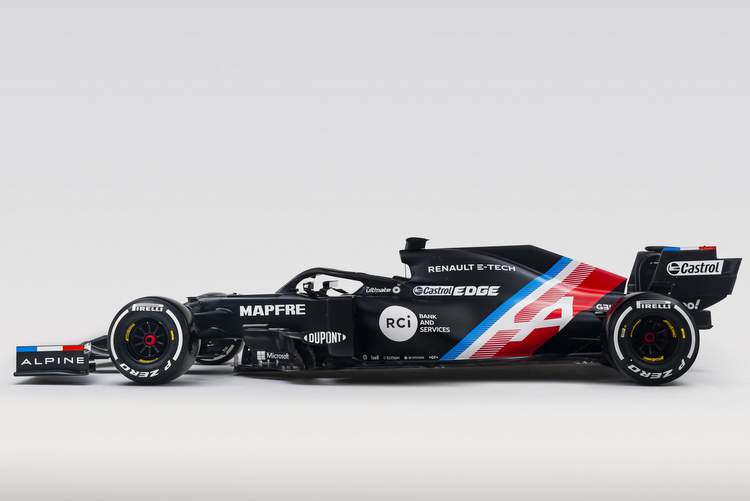 Alpine and Renault have a long racing history with successes in different categories, be it in Formula 1, rally or Endurance. Competition will remain at the core of Alpine’s ambitious plans, with Formula 1 being central to the brand’s motorsports strategy.

From 2021 the Alpine F1 team will be racing against some of the most prestigious names in the automotive industry and will enter the very exclusive club of full-fledged factory teams.

Antony Villain, Alpine Design Director: “Giving a powerful and specific identity to Formula 1, but also to the entire Alpine motorsport programme, is evidence and an opportunity. With motorsport at the heart of our process, the graphic identity is key.

“The livery presented today is the first evocation of the Alpine F1 team’s new identity. Some of the structural graphic elements will remain on the racing livery while others will change.

The ‘oversized’ Alpine emblem in a tricolour graphics system is the first clear-cut symbol of the brand’s identity in motorsport. The blue, white and red refer to the colours of the French and British flags, which is very important to us. Numerous variations on all the motorsport assets are still to come.” 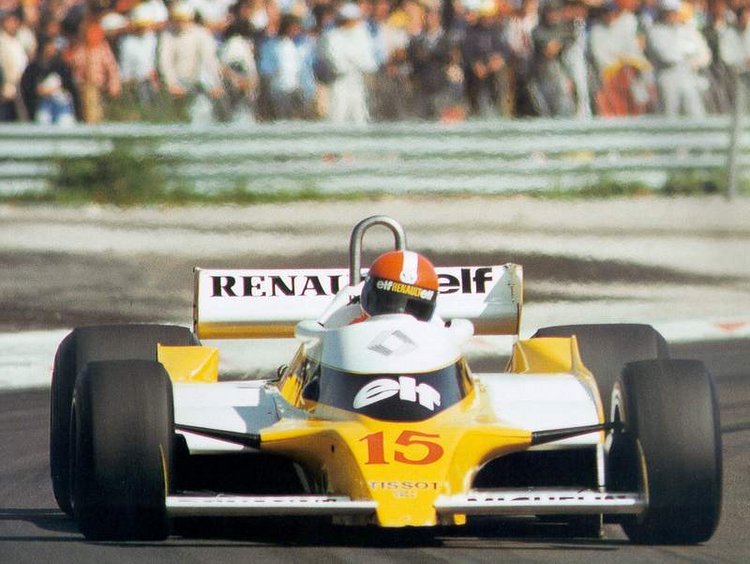 Alpine was founded in 1955 by Jean Rédélé, a young man passionate about competition. He named his company after his favourite playground for racing: the Alps.

When the original A110 road car was introduced in 1962, the company began to take off. By then, Alpine and Renault were close collaborators, Alpine cars being sold and serviced by Renault dealerships. By the early

The seventies Alpine was a major force in top-flight rally competition. In 1971 Alpine took the three steps on the podium of the world-famous Rallye Monte Carlo for the first time, then again in 1973. The company went on to win the World Rally Championship Manufacturers’ title later that year.

At the same time Alpine’s road car sales were growing. Alpine built a dedicated factory in Dieppe in 1969 – the same site that produces the all-new A110 today – and in 1971 the A310 entered production. Two years later, Alpine was acquired by Groupe Renault.

Alpine achieved its most famous motorsport triumph in 1978; overall victory at the 24 Hours of Le Mans. The factory continued to release new and innovative road cars throughout the Seventies and Eighties, including the A310 V6 and the GTA. Alpine production would eventually cease in 1995.

The new organizational structure, the intensification of synergies with Groupe Renault and the Alliance and collaboration with selected partners will be instrumental to support Alpine’s product plan:

As part of the Alpine Business Unit development, Groupe Renault and Lotus Group have signed a memorandum of understanding (MoU) to study a number of areas of cooperation, including the joint development of an EV sportscar.

The Alpine and Lotus teams will conduct a comprehensive feasibility study for the joint engineering, design and development of an EV sportscar by leveraging the resources, expertise and facilities of the respective entities in both France and the UK.

Alpine will be at the forefront of Groupe Renault’s innovation be it technology, distribution, customer experience or any other area that delivers value for the brand and its customers.

As such, Alpine’s next product generation will leverage Groupe Renault’s latest innovations and will benefit from F1’s technology and expertise: efficient energy management, safety systems and connectivity solutions derived from F1’s high-performance in data analysis and processing that will bring a significant competitive advantage to the Alpine products.