Wolff: Contract doesn’t worry me because I respect Lewis’ decisions 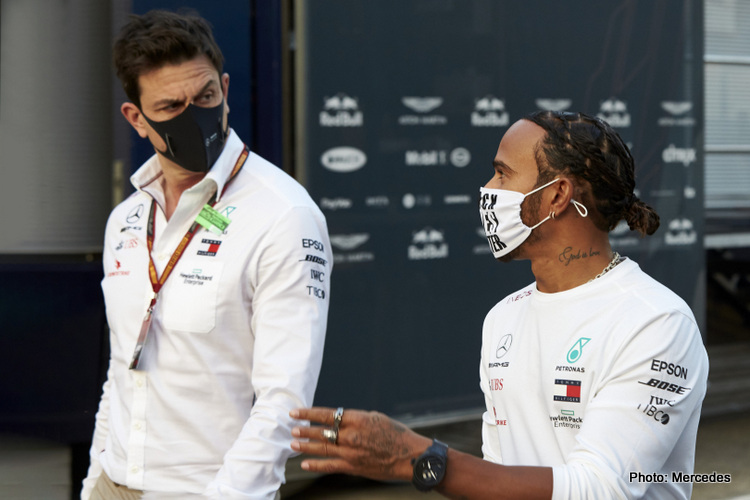 Mercedes Formula 1 team principal Toto Wolff said that a successful racing driver not only needs to be quick behind the wheel but also intelligent.

The German manufacturer has been incredibly successful since their return to the sport in 2010, winning the last seven drivers’ and constructors’ world titles.

While the team have been able to deliver a winning package every year since 2014, Wolff remarked on the importance of having a driver that works well within the team.

Asked how important a role that seven-time drivers’ champion Lewis Hamilton has played since joining Mercedes in 2013, the Austrian investor said that plenty of different factors have to be in place in order to have success in F1.

“It’s not one dimensional,” he told Motorsport.com. “The best men means the quickest driver, and the most intelligent driver.

“The one that understands how the dynamics in a team works, its technical ability, and on the other side seeing himself in the right context within the organisation and not like a solar system where everything revolves around the sun.

“Equally, the organisation around the driver needs to be on its absolute A-game in order to deliver performance in the various areas. This means on the engineering side, on the commercial side, on the political side, and on the communication side, in order to keep the wheels rolling.

“This is a business without a silver bullet, contrary to what most people think – even within the industry. It’s a business around marginal gains where everything needs to be in the right place for a team to be successful.”

Hamilton is still without a new deal for the 2021 F1 season, but Wolff said he does not expect the seven-time world champion to walk away from the sport without warning.

“It doesn’t worry me at all, because I will always respect Lewis’ decisions,” he said.

“Whether this is staying with us for a long time, or whether that means leaving the sport and pursuing different interests. I think we need to be ready for all kinds of curve balls being thrown at us.

“But at the same time, we talk a lot, and we are very transparent with each other. I think there is more to achieve together.”