Button: Lewis definitely one of the best that has ever driven in F1 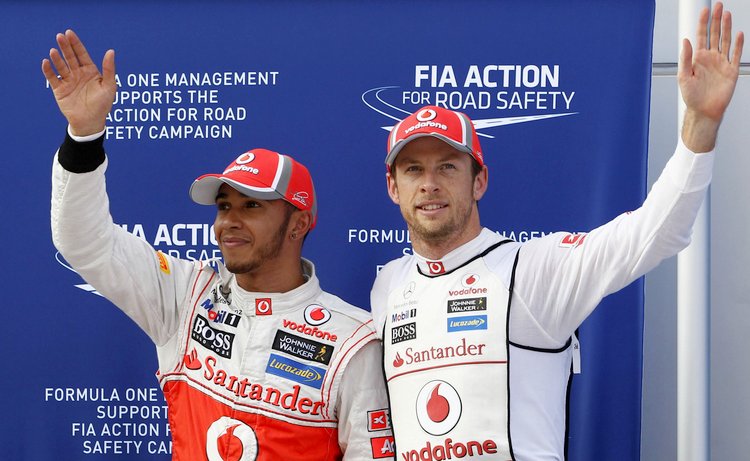 Jenson Button believes that Lewis Hamilton is “one of the best drivers” to ever compete in Formula 1 but admitted making comparisons is difficult.

The 36-year-old now holds the record for most race wins and pole positions, while his 2020 title victory saw him equal Michael Schumacher’s record of seven world championships.

Hamilton secured his record-equalling triumph with a vintage win at the Turkish Grand Prix in Istanbul, while his pole position at the Styrian Grand Prix and final lap at Silverstone with just three tyres were other highlights of a dominant season.

When asked if the Mercedes driver was now the greatest of all time in the sport, Button, who was teammates with Hamilton between 2010 and 2012 at McLaren, said that the “unusual” nature of the sport made it difficult to say for sure.

“He’s definitely in the mix,” he told PlanetF1.

“Formula 1 is a very unusual sport. It is a team sport and that was proven when George Russell jumped in the Mercedes car.

“He is normally qualifying P15/P16 at Williams and then suddenly he is qualifying second to Valtteri Bottas and closer to what Lewis managed at the previous race when he was in the car.

“Then in the race, George gets past him and pulls away and was nine seconds ahead at one point. So it’s very difficult to judge the best driver because it is a full package thing.

“But when you try and compare every driver and try and say is it more the car or driver, they are all pointless things because you can never answer that.

“But Lewis is definitely one of the best drivers that has ever driven in Formula 1.”