Mazepin: I will probably fight with no one 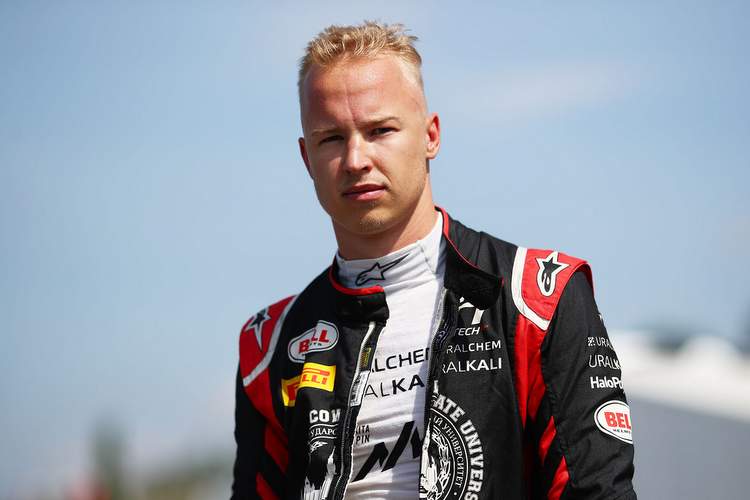 Nikita Mazepin may be the most vilified Formula 1 rookie ever, but in an interview on MatchTV – his first since the ‘grope’ incident – reveals a young man unbothered by the furore and focused on what he believes will be a challenging year with Haas.

His ill-advised social media post, which grabbed headlines only days after he was confirmed by Haas, launched the #WeSayNoToMazepin media.

And, at one point, the billionaire’s son looked doomed to miss out on his dream, but money talked and Nikita will share a garage with Mick Schumacher at Haas next year, no matter what.

Thus the Russian becomes is the third billionaire’s son on the grid – Nicholas Latifi and Lance Stroll are the others – and, despite the hate he has generated, is arguably one of the best-prepared rookies for the top flight ever.

He will hit the ground running thanks to a comprehensive, behind-the-scenes, testing programme with Mercedes, as well as intensive training beyond the track.

The 21-year-old explained, “After my absolute and complete failure in 2019 we decided to regroup. I slimmed down my entourage, also changed from having two coaches.

“Now I have one, a physiotherapist/ coach, an Italian who is responsible for my physical training. I’ve been working with him for the past three years, he also works with the Ferrari guys.”

Nikita described the high-tech equipment used for the process of controlled breathing during his training “to reduce stress in moments of heavy pressure at the beginning of the race or at the end of the race when defending your position.”

In 2019, Mercedes gave Nikita a chance to test their car in Barcelona. He impressed and ended that day fastest of all in the Silver Arrows.

He learned a lesson from that experience, “My focus was on my neck. We were talking about my first Formula 1 tests… I had to end them early because of the pain. That feeling you get when you hit the brakes after a long straight… it feels like you’re hitting the wall. Because the cars are so good at braking.”

Since then, Nikita has added significant mileage to his F1 CV with private testing that makes him super-prepped for the mission ahead, which he was nearly forced to abort thanks to another (yes, there have been a few) irrational social media moment by the rich kid.

The episode with the female friend in party-mode (apparently consenting) in the uncut video, remains viral all over the web, but the furore is supposedly part and parcel of being a billionaire’s son.

Nikita ventured, “There are certain reasons unrelated to the racing world for which I am maybe treated a little differently. I am used to it and absolutely unbothered by it.”

Fresh from a strong, albeit controversial, season in F2 the rookie arrives at Haas at a time when they are probably the weakest team on the grid, slugging it out with Williams for the ‘honour’ of being last.

Under Guenther Steiner’s leadership, the American team has thoroughly underachieved, to the point that one wonders if Gene Haas, whose disenchantment with F1 is well known for years, is not planning to sell the whole project to Nikita’s billionaire father Dmitry Mazepin.

It is no secret that the Russian is looking to buy a team.

Whatever the case, Nikita – used to testing world champion F1 cars – will be stepping into a Haas this season, a far cry from what he is used to.

Other than that, he is under no illusions ahead of the 2021 season, “I will probably fight with no one. So, it’s important to remain realistic as we are expecting a difficult season. I don’t think there are many cars that we will be able to compete against.”

Again the Moscow-born driver is unperturbed, “To be honest, his name does not matter to me. We are not friends, but I can call us old rivals. We did karting together.

“The surname, of course, adds both strength and problems in terms of pressure and attention but when you close the visor of your helmet, there is no time to think about it,” added Mazepin.