Perez: I have no doubt Aston Martin will be one of the strongest next year 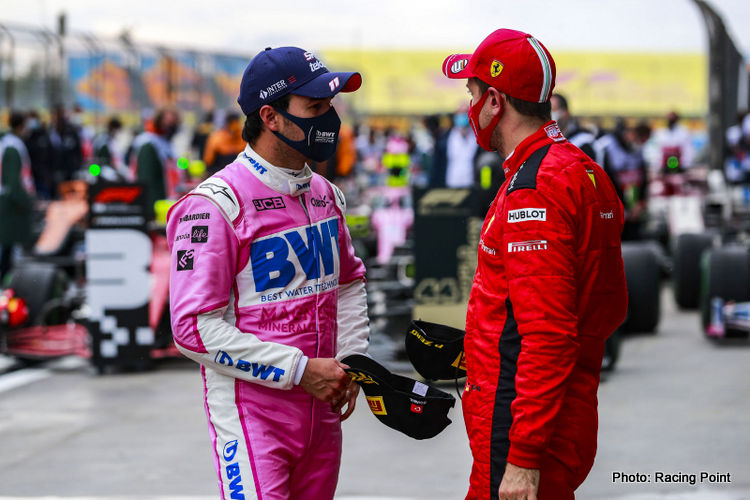 Sergio Perez believes that Sebastian Vettel made a “great decision” by agreeing to join Aston Martin ahead of the 2021 Formula 1 season.

The Mexican left the Silverstone-based team after seven years at the end of last season and will be replaced by the four-time world champion.

After losing his drive with Ferrari there was some speculation that Vettel could retire from the sport, but he decided to join the newly rebadged Aston Martin team that enjoyed a positive 2020, with Sergio Perez picking up their first win at the Sakhir Grand Prix.

Perez himself will join Red Bull and explained that Vettel was joining a “team of pure racers”.

“I think Seb has definitely taken a great decision,” he said, as reported by Formula 1. “He’s coming to a team of pure racers, to a team where he will definitely have a good time. He will enjoy it, and most importantly, he will have some good fun.”

Racing Point finished fourth in the constructors’ championship last year and could have finished a place higher had it not been for the 15-point penalty they picked up for copying the design of the Mercedes W10.

With one year to go until the new regulations and development limited due to cost-cutting measures, the competitive order in 2021 is likely to be similar to that seen in 2020, with Perez claiming that Aston Martin will have a “fantastic car”.

“I have no doubt that the team will be one of the strongest next year so he will definitely have a fantastic car,” he added.