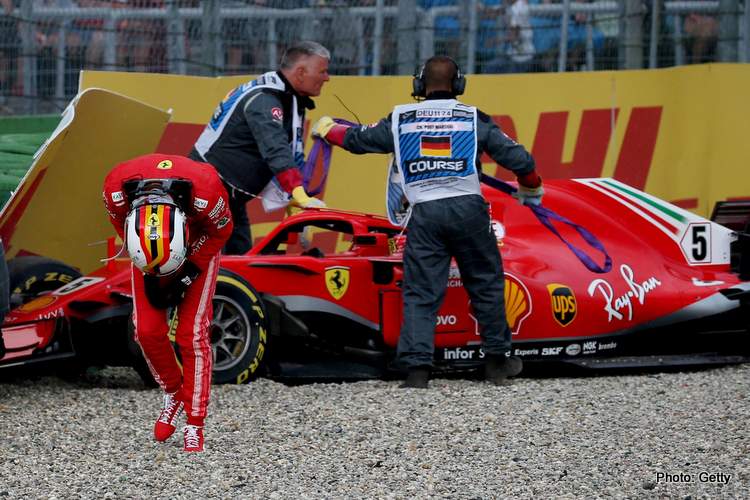 For many fans and neutrals, Sebastian Vettel’s fall from grace as a top Formula driver to ‘we-don’t-know-how-good-he-really-is’ status in the matter of a few years has been alarming.

And, the man who probably knows him best – Helmut Marko – blames it on the crash the German suffered while comfortably leading the 2018 German Grand Prix.

Famously, on that day, while leading on lap 52, he missed his brake-markers into the stadium ensconced Turn 12, locked-up and the Ferrari ended nose-first in the barriers, where it remained beached. Seb’s race over as a collective groan was heard from the home fans.

Lewis Hamilton was thus gifted victory and took the lead in the Championship standings. The Mercedes driver has won 28 times since then. In stark contrast, it was a dark day for Seb who has only won twice since that wet afternoon at Hockenheim.

Marko believes that event triggered the downfall of the driver that the Doctor nurtured and sided with, during that incredible spell from 2010 until 2013, when Seb in the Red Bull ruled the roost.

The Austrian motorsport veteran and Red Bull advisor explained during an interview with ServusTV, “The way I see it, I think the insecurity we now see started with the crash at Hockenheim in 2018, while he was leading.

“At that time [Maurizio] Arrivabene was still team principal. From then on, the relationship with Ferrari went from bad to worse,” ventured Marko and added that the German’s confidence took a big hit.

Indeed, Arrivabene and Seb were uncomfortable bedfellows in a team in the constant spotlight. 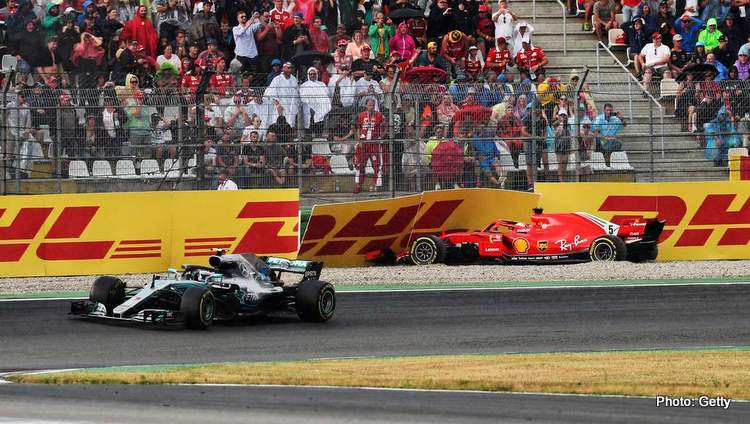 Eventually, one had to go and it was the Marlboro Man who was sent packing, to be replaced in the Maranello hot seat by inexperienced team boss Mattia Binotto who, in turn, this year signalled his intent by ousting the underperforming German.

With that decision, Ferrari under Binotto have ditched the age-old ethos of having Champions in their cars by banking on the youth of Charles Leclerc and Carlos Sainz. Signalling the end of the old guard at the Scuderia.

Binotto’s message clear to all: the current Vettel is no good for Ferrari anymore but, apparently and thankfully, good enough for Lawrence Stroll’s Aston Martin project.

Marko continued,  “With that crash, the uncertainty set in and his driving no longer at the level we expect from Vettel.”

His last victory was in Singapore 2019, and last year – finishing 13th in the Championship – has his worst season in the top flight, barring 2007 when he only did half the races.

Aston Martin have thrown Seb a timely lifeline to lead their team in 2021 but the big question still remains: Does Seb still have it to win in F1?

“I hope so, for his sake,” concluded Marko when asked if his former protege would be a force in F1 as he was in his heyday.