Vettel: I’ve learned a lot about myself on track and off track 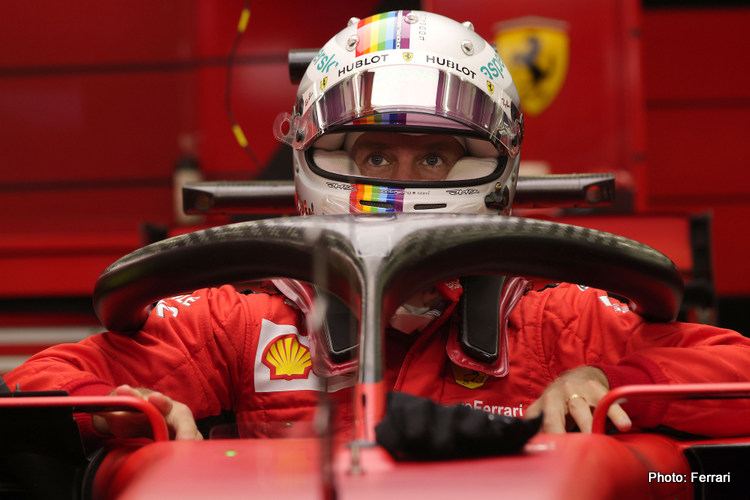 Sebastian Vettel believes that he learned a lot about himself during the 2020 Formula 1 season.

The four-time world champion endured one of the worst campaigns of his career, being handily beaten by his teammate Charles Leclerc and finishing on the podium just once.

Vettel was told ahead of the year that it would be his last at Ferrari, with Carlos Sainz set to replace him, and finished the season 13th in the drivers’ standings with just 33 points.

“It was a difficult year, but I think I worked a lot in the bigger picture, stuff that will help me for whatever comes next,” Vettel said. “I’m very excited for what comes next. I’m sad I leave the team but obviously that’s a decision that’s been taken some time ago and I take it as a man so there’s no problems with that.”

Now 33, the German will partner Lance Stroll at the rebadged Aston Martin team in 2021, an outfit with plenty of ambition under the ownership of Lance’s father Lawrence.

Looking ahead to the future, Vettel said he was looking forward to the new challenge, but hoped that his old team Ferrari is able to recover from a difficult 2020 season.

“I hope, because I deeply care about this team, they [Ferrari] will get back to grips, and Charles will get the car he deserves, and for people like Laurent [Mekies], people in the garage, who are passionate, things will come together, but I’m excited for what comes next for me.

“Obviously it is a new chapter, a big start, and time will tell, but as I said I’ve learned – despite the poor results this year – I’ve learned a lot about myself and my future on track and off track.”