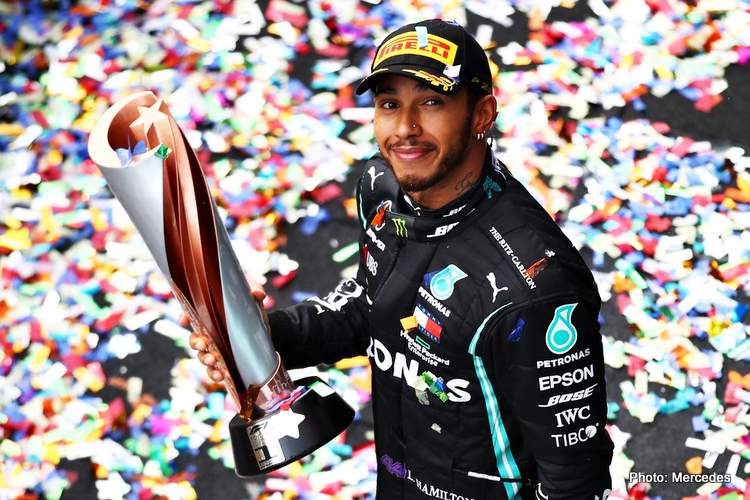 The 35-year-old equalled Michael Schumacher’s title record in November and also holds the record for most Grand Prix victories with 95 and pole positions with 98.

Hamilton celebrated winning the BBC Sports Personality of the Year for the second time earlier this month and has now become just the fourth F1 driver to be knighted after Sir Jack Brabham, Sir Stirling Moss and Sir Jackie Stewart.

Following his record-breaking 2020 season, Motorsport UK launched a campaign with the All Party Parliamentary Group for Formula One for him to be nominated, with former Labour minister and member of the group Lord Hain calling the honour “long overdue”.

“If it is correct, I will be thrilled to see Lewis joining the pantheon of sporting knights because he is right up there with Sir Bradley Wiggins, Sir Mo Farah, Sir Andy Murray, Sir Alastair Cook and the others,” Hain told the PA news agency last month.

“Lewis is not just a serial champion, he is actually the biggest British sporting star in the world by far. It is long overdue.”