Allison: We didn’t get everything out of DAS 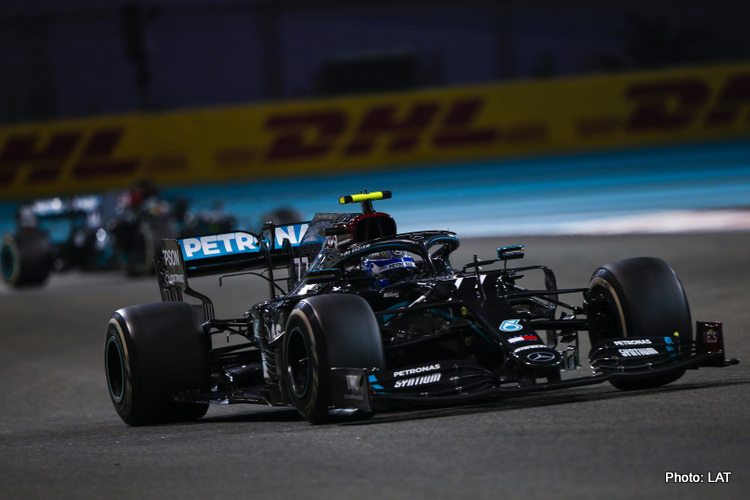 Mercedes did not manage to maximise the potential of its Dual Axis Steering (DAS) system during the 2020 Formula 1 season, admits the team’s technical director James Allison.

An innovation that stole plenty of headlines after its debut in preseason testing, the system allowed drivers Lewis Hamilton and Valtteri Bottas to adjust the toe angle of the front wheels by pushing and pulling on the steering wheel.

Intended to build front tyre temperature during safety car and preparation laps, the system certainly had a part to play in Mercedes’ 13 victories and 15 pole positions over the season, but Allison says the team wasn’t able to quite extract all its potential.

“I’d say it’s been probably most of what we hoped for,” he told The Race. “We had hoped we would be able to use it more over the course of an event from old tyres to new, that the drivers would find corners where it was just easier to nip around the corner with a little tweak of DAS because it does change the steer response.

“But it proved not very easy for them to use as a thing that they could genuinely push and pull while ‘left and righting’.

“Maybe in a full season when we weren’t so COVID-distracted and we might have had more chance to develop and test, then we perhaps could have got the fine control of it better established rather than what we ended up being limited to – which was the first iteration, a relatively crude lock-to-lock type of control.

“But nevertheless, that aspect of it was very useful in giving us the ability to get some heat into the tyres on out-laps and allow the front to wake up nicely for a qualifying lap and similarly after Safety Cars.

“So we got a chunk of what it can offer but not everything.”

In any case, the system has been outlawed for 2021, a decision Allison is reluctantly on-board with.

“It’s a shame that it’s all banned for next year but I understand,” he said.

“In fact, we were a resigned, but not furious, contributor to getting it taken away next year because we understand forcing everyone else to develop a system like that – because it is beneficial – would probably have been self-defeating.

“And we did have the benefit for a season, which made the investment and effort worthwhile.”