Hamilton: This has been the most overwhelming year in so many ways 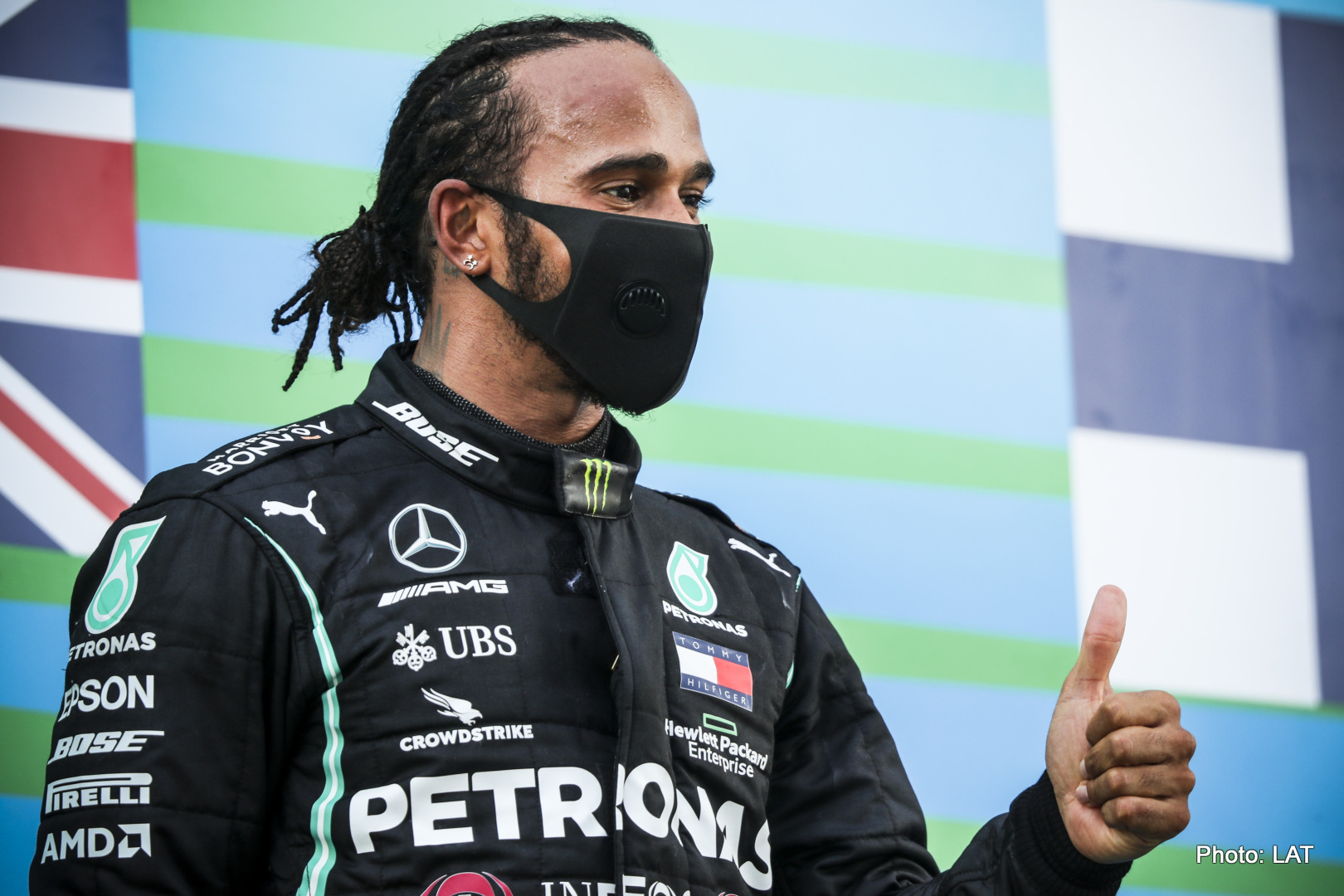 Lewis Hamilton admitted that the 2020 Formula 1 season was one of the “most overwhelming” years of his career.

In addition to securing his record-equalling seventh world title, the Mercedes driver was at the centre of protests against racial injustice. This came in the midst of a global pandemic, with the British racer missing the Sakhir Grand Prix after testing positive for COVID-19.

Now aged 35, Hamilton has almost certainly secured his place among the greatest F1 drivers of all time and appears keen to use his platform to help force change.

The sport introduced its #WeRaceAsOne initiative prior to the start of the season, while Hamilton and 12 other drivers took a knee ahead of every race.

Speaking to a limited collection of F1 media, the world champion explained that “fighting for something” had given the past season more meaning than he could “ever have imagined”.

“Those previous years have been self-driven, family-driven, ‘our journey’-driven, ‘our struggle’-driven,” he said (via The Race).

“And then this year has been a struggle for others. That’s really helped propel me to a level I didn’t know I’d get to. That new source of power, fighting for something that is far greater than me and us, has really given this year a meaning that I couldn’t ever have imagined.

“I still try to grasp it all because it’s really huge for me personally. And the reception I received this year was just really, really overwhelming. When I speak about overwhelming experiences, this has been the most overwhelming year in so many ways.”

Hamilton has not yet agreed to a new deal with Mercedes, although it was reported last week that he is on the brink of signing a three-year contract worth £40 million per year.