Gasly: I think I would have a chance against Max 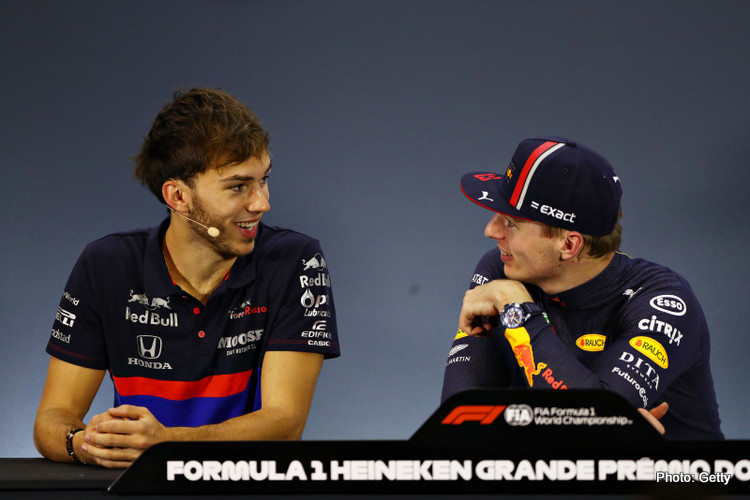 Pierre Gasly says he would have a “chance” to beat Max Verstappen, should the two race in the same team again.

Teammates for the first 12 races of the 2019 Formula 1 season, Gasly struggled considerably against the Dutchman before being replaced by Toro Rosso driver Alex Albon in July, with the Frenchman heading the other way.

Almost immediately, Gasly saw a reversal in fortunes, taking his first F1 podium at the Brazilian Grand Prix, and in 2020 led the now-AlphaTauri to their second-ever victory at the Italian Grand Prix.

Speaking to Auto Motor und Sport about the past 16 months, Gasly suggested he had indeed made massive progress.

“Objectively speaking, I’m a better driver,” he said. “More consistent, with more experience. I expect to be even better in 2021. And again the following year.

“In Formula 1, experience makes quite a difference. I’ve learned how to work better with the team. How I get more out of the people around me. How to better prepare for the race weekend. How to deal with the little problems that can happen to you over the weekend.

“To be honest, there are still so many areas that I can improve. But that’s also the case with a seven-time world champion. Speaking to Lewis I’m sure he feels there are areas where he could do better.

“This is our life: we work on every detail that makes us better. Doing something better than the others.”

And while Gasly was overlooked as Red Bull opted to replace the similarly-struggling Albon with Sergio Perez for 2021, the Frenchman thinks he’d have a better shot against Verstappen now, should he be given another opportunity.

“I think I would have my chance in the same car,” he said, before adding: “But it’s a lot more complicated than that.

“I know my skills. If I have the right car, like this year, I can do really well. I showed that. Also last year – for example with the podium and consistent points results.

“I’ll keep going full throttle so that I get my chance. Because my goal in Formula 1 is to become world champion. That’s what I work for.”