Chadwick: Working with Russell and Latifi I gained a lot 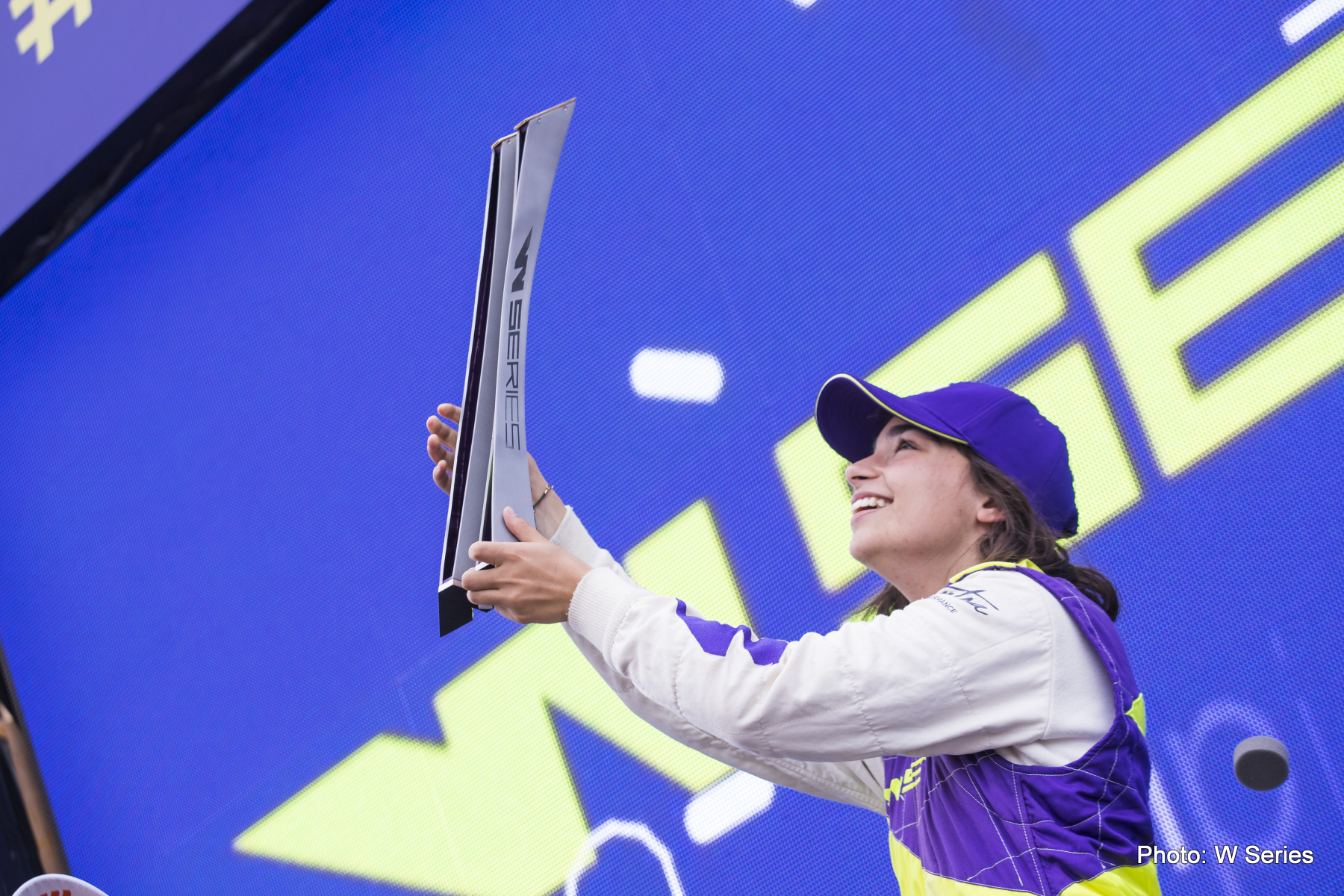 W Series champion Jamie Chadwick spoke to selected media this week about defending her title in 2021 and the championship becoming a Formula 1 support series.

Here is what she had to say.

You spent 2020 competing in Formula Regional European Championship. What did you learn from that experience?
“To be in a championship like Formula Regional was a great experience. As the results go and from a performance perspective it was pretty disappointing and tough to swallow in that sense, but there is so much that I was able to learn. Being up against some of the best drivers coming through the ranks in one of the best junior teams in the world, ultimately I should be able to use that experience and come back stronger for what we have planned for next year.”

As you are set to compete in Extreme E alongside W Series this season, how has testing for that new championship gone so far?
“Extreme E kind of caught me a little bit by surprise and it is a very different style of driving and separate from anything that I have done before. I have been going into everything with an open mind and everything has been a learning process, but I am loving it so much. It is a new challenge but I have been really happy with the amount of time I have spent in the car and the amount I have been able to learn. Aragon was the first full-power test we have done and although it has not been announced yet, I got the opportunity to work with my future teammate. I think it is an incredible championship that they are doing and it is such an exciting thing to be a part of.”

What was it like working with such an accomplished team like Prema Powerteam?
“We went through the statistics the other day and I think they won Formula 2, Formula 3, Formula Regional and F4. It was an incredible environment for me to learn and be in. It was a big culture change for me as I have mainly been in British teams, going to an Italian team that mainly have French engineers, but the amount I was able to learn and digest in that environment was huge. Results aside, I think this year will go down as the year where I learned the most and I want to try and take all that experience forward into W Series. It is sometimes the toughest years where you are able to absorb the most and take the most forward.”

With W Series becoming a Formula 1 support series in 2021 do you think you could speak to Lewis Hamilton and ask him for some advice?
“What I learned while working with Williams in a reverse role last season is that are so many people in the Formula 1 paddock that you can lean on for advice. I don’t know if Lewis will be one of the people that I will be able to ask, but if I can retain the role with Williams I will look forward to working with the drivers they have there.”

Are there any drivers on the current Formula 1 grid that you have a strong relationship with?
“Obviously being a part of Williams I have worked with George Russell and Nicholas Latifi and gained a lot from them. They are not too dissimilar in age to me and that is a big advantage when leaning on them for support.”