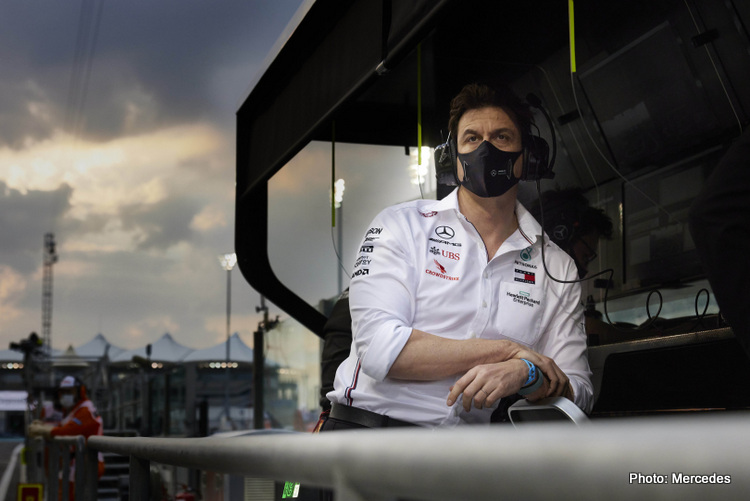 Toto Wolff says he never had any intentions of cutting ties with the Mercedes Formula 1 team, but acknowledges he will not stay as team principal forever.

A topic of frequent speculation throughout 2020, the out-of-contract Wolff was rumoured to be heading to Lawrence Stroll’s Aston Martin in 2021 despite repeated denials, but has now put those reports to rest with the announcement he now has equal ownership of the team alongside Mercedes and sponsors INEOS, while also continuing for another three years in his role as team principal and CEO.

Indeed after the announcement, Wolff said in a press conference that he had actually “committed for life” to Mercedes, but concedes his role could change after his three-year term.

“I never envisaged leaving the team from a shareholding point of view,” he said. “But I’d always said that as a team principal you have a certain shelf life, you need to contribute.

“If that was ever the case that I felt there was somebody who could do a better job then I would hand the baton over. This is not yet the case.”

According to Wolff the search for his eventual successor will be a difficult one, as it requires someone capable of handling responsibilities that extend well beyond the race track.

“You need to cover the racing side as well as the commercial and political side,” he explained. “And that’s why we’ve agreed that I’m staying on in the role that I enjoy in being team principal.

“But for the future of the team, and the sustainability and growth of the team, from my perspective it is about looking into the future, who eventually could take over from me as team principal one day, and then me transitioning into a more corporate role as a chief executive officer, or executive chairman.

“When that will happen, I don’t know, but Jim [Ratcliffe, INEOS founder and CEO], Ola [Källenius, Daimler Chairman] and I are in agreement that it’s my duty to define who could do this role in the future.

“It’s actually a total alignment of interests between the three of us. We wouldn’t want to have somebody running the team that is not efficient and successful.”