Brown: McLaren’s family atmosphere helped get the best out of Carlos 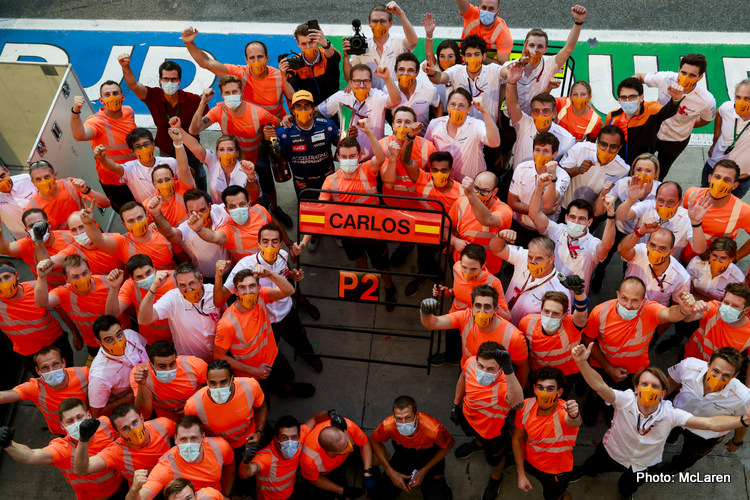 Carlos Sainz’s rise as a Formula 1 driver is in no small part attributable to the “family atmosphere” that surrounded him at McLaren, says team CEO Zak Brown.

From being the odd-man-out at Red Bull in 2017 to a Ferrari driver in 2021, the Spaniard has come a long way in his still-young F1 career, but Brown suggested that he would not have got there without the support he received in his two-year stint at the Woking outfit.

“I think he’s an extremely determined individual, but I remember when he had his issue in Australia in the very first race [in 2019], and I went to him after qualifying,” he recalled. “I said ‘I know you were on a mega lap, you just got caught out’, I think it was Kubica’s tyre that had gone down or something.

“I immediately went in and said, ‘man, you’re awesome, we all know what happened there’. He said to me at that time ‘I really appreciate that, no-one actually usually comes in and tells me that’.”

Expanding further, Brown said it helped that McLaren did not take the same ‘my way or the high way’ approach he might have experienced at previous stops in his F1 career.

“He was an extremely determined individual,” he explained “But I think athletes, you need to understand their psyche and what makes them work.

“And I think some teams, not all teams, say ‘here is how we work, you adapt to us’, and that works for some. But I think at McLaren, it’s a family atmosphere we’ve created, and so we adapt to each other.”

Jettisoned for Daniel Ricciardo from his previous seat at Renault, Brown thinks it has helped the Spaniard that he was given a two-year deal when he signed with the team for 2019, and could race without the cloud of speculation over his head.

“When you drive on a series of one-year agreements, you kind of feel like your next race might be your last race, and that’s certainly not a good way to get any employee motivated, if you’re kind of living under this constant, unreasonable pressure.

“I think that worked really well for us, and we both maximised each other’s results.”