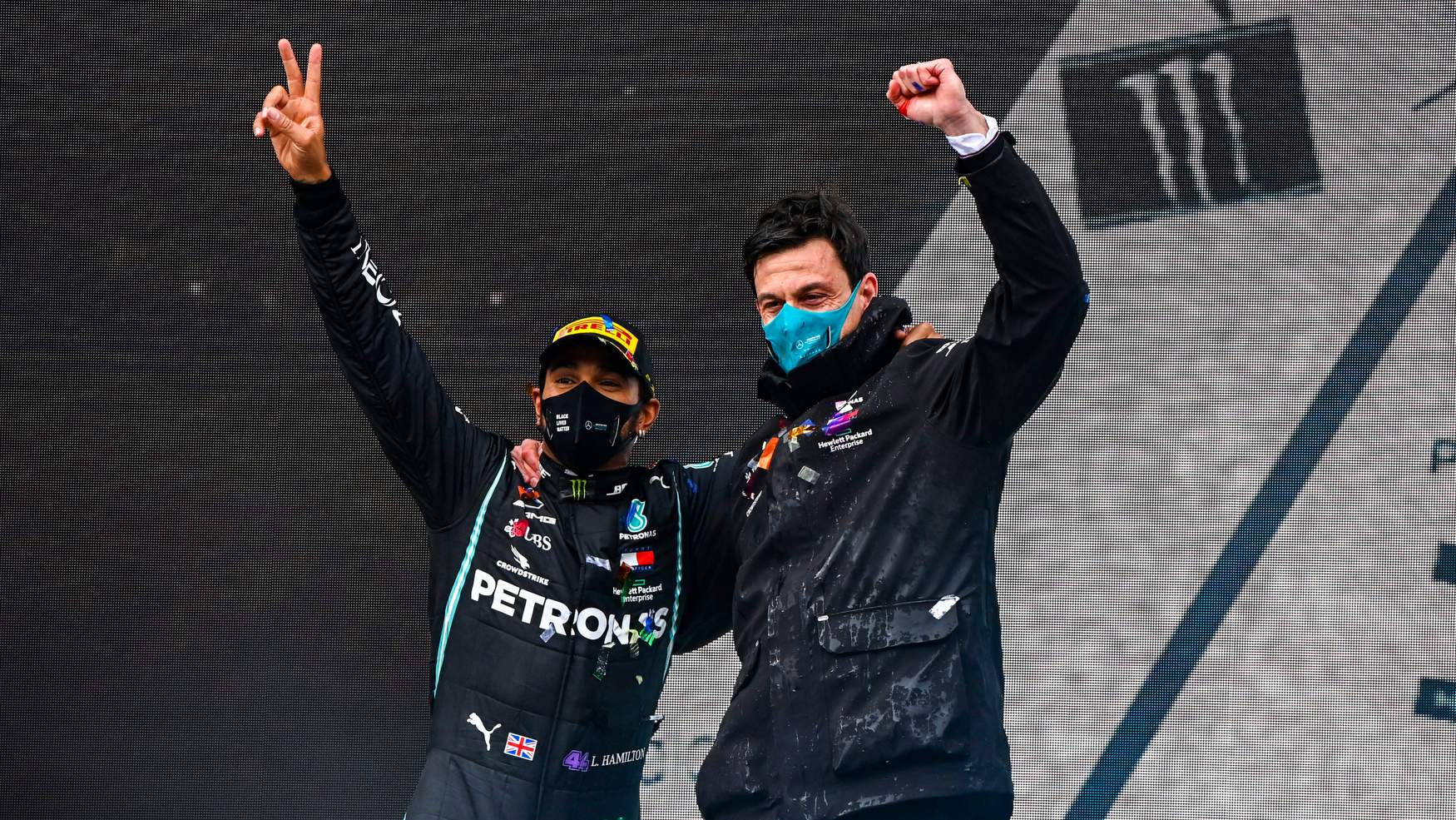 Seven-time Formula 1 world champion Lewis Hamilton is reportedly set to sign a three-year contract with Mercedes worth £40 million a year.

The 35-year-old is currently without a deal for 2021 and beyond, but according to the London Evening Standard, he is now on the brink of putting pen to paper.

Talks have been ongoing throughout the year and the decision of team principal Toto Wolff to stay for a further three seasons looks to have persuaded Hamilton to stay on.

The Brit won 11 of the 16 races he started during the 2020 season, securing his record-equalling seventh title with three rounds remaining, thanks to a brilliant win at the Turkish Grand Prix from sixth on the grid.

If the 2020 BBC Sports Personality of the Year does put pen to paper, it means he will continue to race into the new generation of cars, the regulations for which will be introduced at the start of the 2022 season.

The regs were set to come in for 2021, but the COVID-19 pandemic saw them delayed as part of cost-saving measures.

Hamilton’s teammate since 2017 Valtteri Bottas is also under contract for the 2021 season but is facing increasing pressure to prove himself with George Russell impressing at Williams.

The 2018 Formula 2 champion lead Bottas for much of the Sakhir Grand Prix while standing in for the absent Hamilton, meaning the Finn will likely need to be much improved next year in order to keep his drive.