Albon: I can’t lie, it hurts 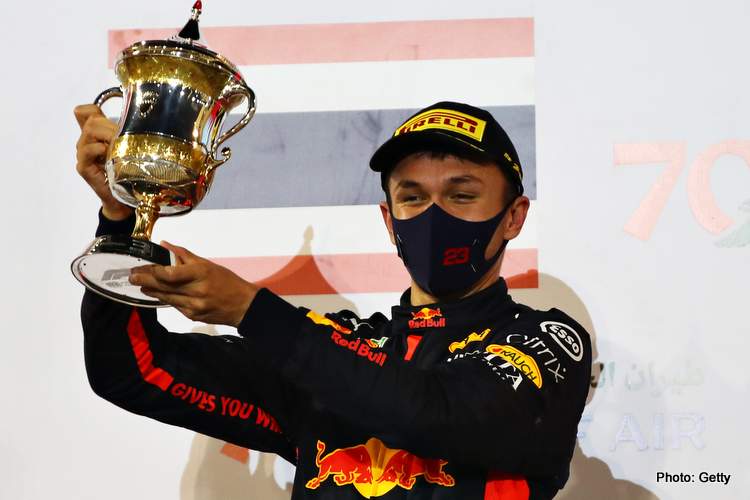 Alexander Albon said he was dejected after being replaced by Mexican Sergio Perez at the Red Bull Formula 1  team for next season but is determined to get a race seat in 2022.

Perez, a winner for Racing Point in Bahrain this season, will slot in alongside Max Verstappen next season after Albon was demoted to the role of test and reserve driver.

Albon, who started out at Red Bull’s sister team AlphaTauri (Toro Rosso) before being promoted in 2019, finished seventh in the standings, level with McLaren’s Carlos Sainz who will race for Ferrari next year.

The 24-year-old Thai failed to match Verstappen’s performances this season, with the Dutchman winning two races and finishing third overall. 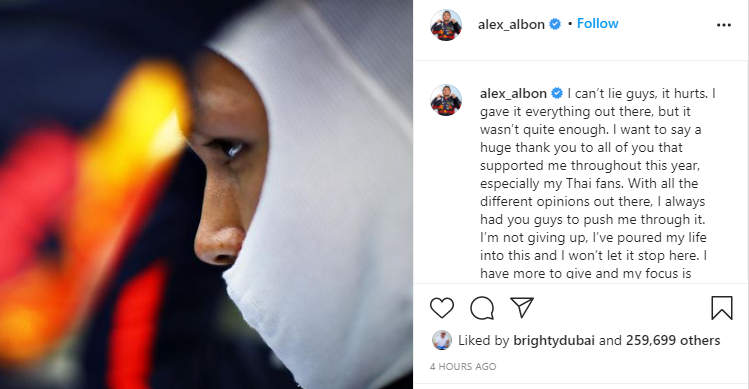 “I can’t lie guys, it hurts,” Albon said in a statement on Sunday. “I gave it everything out there, but it wasn’t quite enough. I want to say a huge thank you to all of you that supported me throughout this year, especially my Thai fans.

“With all the different opinions out there, I always had you guys to push me through it. I’m not giving up, I’ve poured my life into this and I won’t let it stop here. I have more to give and my focus is getting back for 2022 and to wave the Thai flag again.”

Red Bull, who finished second in the constructors’ championship, are aiming to give champions Mercedes a run for their money next season which is due to start in Australia on March 21.