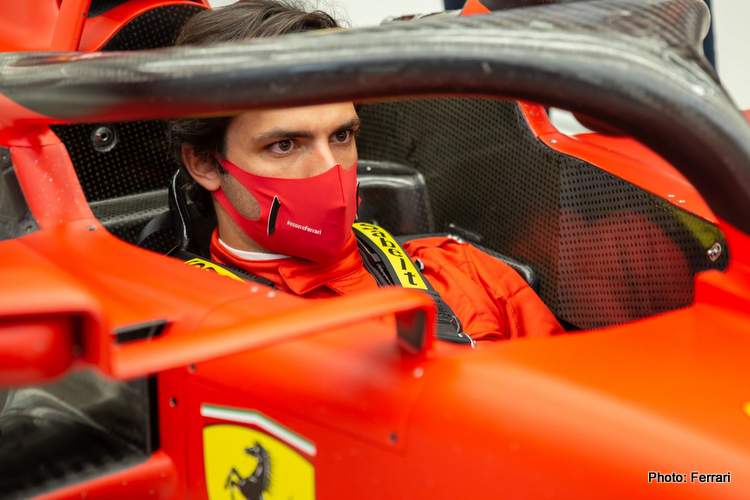 Carlos Sainz enjoyed his first day as a Ferrari employee doing a tour around the team’s fabled HQ at Maranello, where the Spaniard was inducted into the greatest team of all time, undergoing a seat fitting during his first day in Red.

The day also included lunch with his new boss Mattia Binotto and teammate Charles Leclerc. The Spaniard is expected to do a couple of days of testing in January, using the 2018 Ferrari SF71H which will help familiarise him with the controls, protocols and other essentials.

Binotto told AS what the purpose of the first day was for Carlos, “A very simple program. A tour of the factory, as a tourist would. We showed him around the offices and departments.

“That will be important when he starts. A tour to immerse himself in the values ​​and history of Ferrari. The seat was made to prepare for the January test, but he has not held any technical meetings, however, he has met his engineers and his workgroup.

“I had lunch with him and Charles, I’m glad to get to know them a little more. Very simple,” explained Binotto.

Carlos will inherit outgoing Sebastian Vettel’s engineer Riccardo Adami, while next year’s Ferrari will be known as the SF21 for the team’s youngest driver line-up since 1968.

More of @Carlossainz55 in his new colours 👀