Wolff: Hamilton deal will be done before 2021 testing 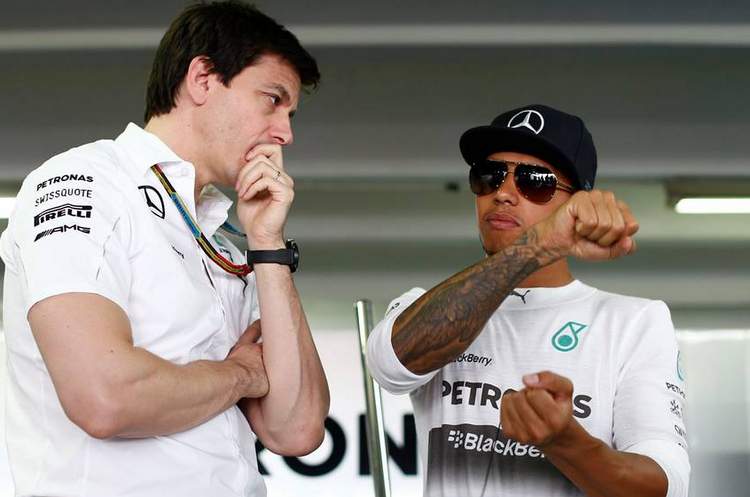 Wolff stated that the two parties had until the start of testing next year to get the deal done, suggesting an extension is a mere foregone conclusion.

Hamilton, 37, who wrapped up a record-equalling seventh F1 world championship title this season and became the most successful driver in F1 history, is out of contract at the end of this year.

Questions about a contract extension have dogged Wolff and Hamilton all season, with the Mercedes seat the only one on the F1 grid yet to be officially filled.

“If you refer to why haven´t we got a signed contract, the reason is simple – we always prioritised about getting this championship done and not being distracted by sometimes difficult discussions…” Wolff, who led Mercedes to a record seventh straight title double this year, said on Friday.

“But then COVID struck. It has delayed us a little bit but we are not worried in eventually getting it done. Sooner or later it needs to be done, the latest before we go testing.”

Wolff was speaking after Mercedes earlier on Friday announced plans for petrochemical giant Ineos to acquire one-third of its Formula 1 team, sharing equal ownership with parent company Daimler AG and the Austrian.

As part of the deal, it was announced the 48-year-old Wolff, who has also faced questions about his future, will stay on in his role as chief executive and team principal for another three years.

Hamilton, who enjoys a close rapport with Wolff, hailed the development and said he would open talks with him over the next few days.

The Briton, who earns an estimated 40 million pounds ($54.02 million) a year, had planned to step up talks concerning his new deal over F1´s Middle Eastern triple header, but tested positive for COVID-19 and was forced to miss a race.

“We haven´t started a conversation,” Hamilton, who returned for the Abu Dhabi season finale last Sunday, said in a virtual media conference ahead of the governing FIA´s annual prize-giving ceremony. “Toto and I plan to do that over the coming days.”

F1 testing is set to take place at the beginning of March next year, with the season-opening Australian Grand Prix scheduled for later the same month.