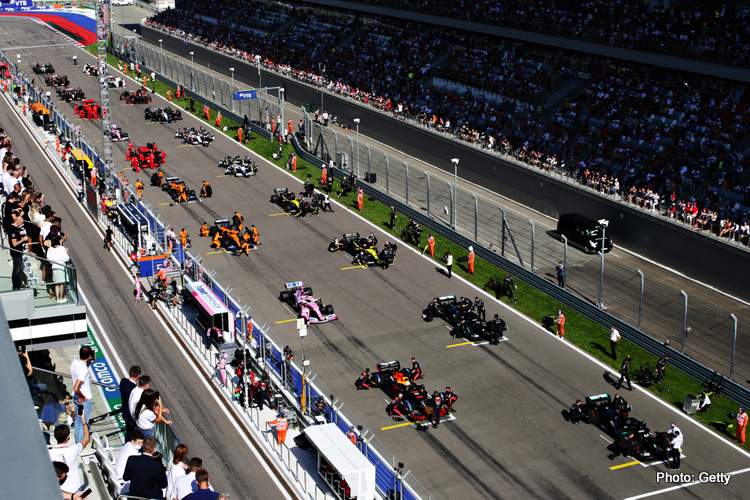 With the 2020 F1 season now concluded, all eyes turn to 2021 and the many changes which lie ahead F1 owners Liberty Bell are keen to shake things up a bit, but due to events of 2020, they’ve opted to delay the major overhaul until the 2021 season.

This means that teams are heading into 2021 running the same car as 2020, with just a handful of tweaks and alterations. So what can viewers expect to see? Here’s a rundown of what we know about 2021 and the predictions.

The changes which had been pencilled in for 2021 have been shuffled back to 2022, to give teams the chance to carry out the necessary development. With factories closed for part of 2020, there simply wasn’t enough time to bring in the new rules as scheduled.

This means that 2021 is a bit of a makeshift season, with teams furiously working on the new 2022 design, while still producing a car that’s competitive in the short-term.

However, this doesn’t mean that everything is staying exactly the same in 2021; there are a few changes to the cars. This includes new flooring rules to reduce downforce, greater weight and a ban on the Mercedes adjustable steering system.

The end of season shuffle as drivers change teams can be fascinating. Although F1 cars will be far more standardised from 2022 onwards, the technical ability of the team will still be able to make a significant contribution to the performance on the track.

Lewis Hamilton now seems set on remaining with Mercedes, despite not having signed a new contract yet. During the season there has been rife speculation that the champion would move on, but he’s quashed those rumours, assuring fans that he wants to stay with the team. Valtteri Bottas will also be remaining at Mercedes on the other side of the garage.

Very few drivers arrive from F2, but Mick Schumacher is a different prospect altogether. Son of the great Michael Schumacher, he’s followed in his father’s footsteps and already shown himself to have prodigious talent behind the wheel.

It’s unlikely that he’ll be near the top of the leaderboard in his first season, but it might be worth following the Formula 1 odds if he performs well. Any car could potentially secure a podium finish in the right circumstances and the son of the F1 legend may well have the same magical touch,

Races on the Calendar

The 2021 season will kick off with the Australian Grand Prix in Melbourne and will be made up of 23 races, finishing in Abu Dhabi on 5th December 2021. The calendar has now largely been set but there are still a few details to be ironed out.

The Sao Paulo race in Brazil and the Spanish Grand Prix in Barcelona have been included in the schedule but have not yet been confirmed. This means they could still be removed and substituted for a F1 race elsewhere.

In 2020, five tracks stepped in to help cover up gaps, but so far it’s not looking as if any of these will return for the 2021 season. There is still a slot in April which is yet to be allocated, so there’s an outside possibility one of these will secure an F1 again.

This doesn’t mean there are no new F1 races in 2021. The first one was due to debut in 2020 but had to be pushed back a year. Being held in Zandvoort, the Dutch Grand Prix will be the first one in the country since 1985.

The second promises to be a real thriller. Held in Saudi Arabia, the Jeddah Grand Prix will be a night race and takes place around the streets. Fans of the Monaco GP will particularly enjoy this new arrival.

The next couple of years in F1 promise lots of exhilarating races, with new changes designed to bring out the most competitive elements on the track. When combined with new green technology and a crop of new drivers, it’s hard not to feel excited about the future of the sport.