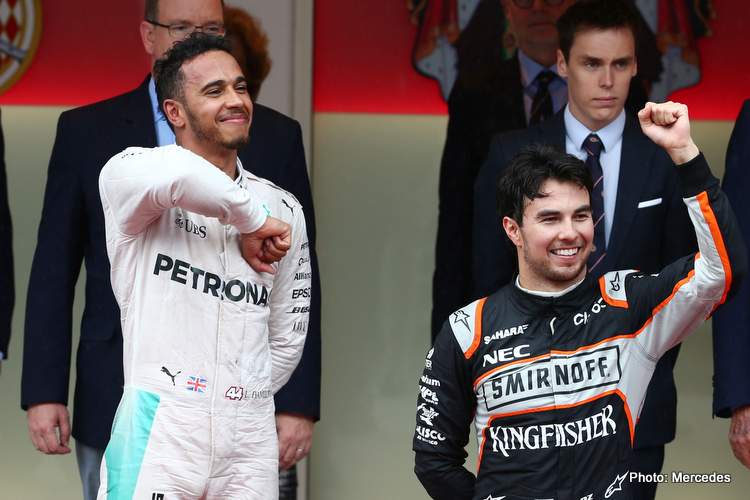 The 30-year-old will replace Alex Albon at the Milton Keynes team after the Thai driver finished seventh in the standings during the 2020 season, 109 points behind his teammate Max Verstappen who came third overall.

Perez, who leaves Racing Point after seven years with the Silverstone outfit, was announced on Friday having agreed to a one-year deal.

Asked how he felt the move would affect the battle at the front, Hamilton explained that a stronger driver in the second Red Bull seat could impact his own strategy options.

“With respect to Alex in the races that we’ve had it’s been me and Valtteri against Max,” he said ahead of the FIA prizegiving ceremony.

“I’ve been in the position that Max was in once, particularly when I was at McLaren where I was the lead car, and the second car wasn’t in the fight so when we’re fighting Ferrari, they could move around with the strategy and make it a lot harder for us.

“So I think naturally this makes Red Bull stronger – particularly the way Sergio is performing.”

Perez secured his maiden victory in Formula 1 at the Sakhir Grand Prix, the 10th podium finish of the Mexican driver’s career.