Marko: We always get going too late 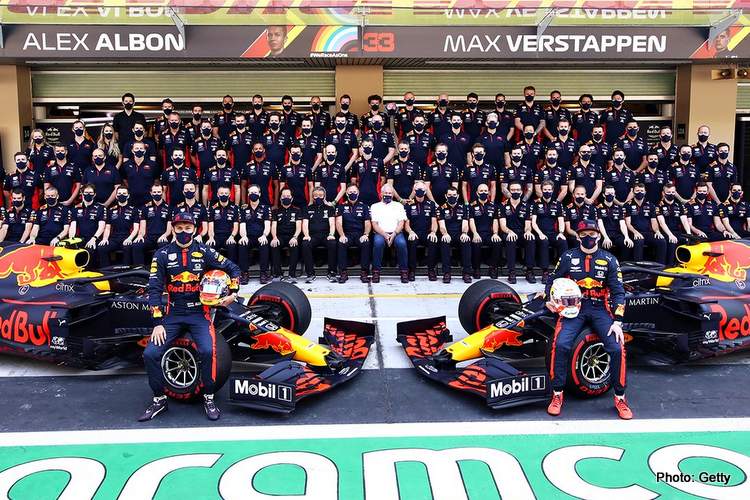 While the world waits on Red Bull to decide who will partner Max Verstappen in 2021, Helmut Marko is already in ‘next year we will be better’ attack mode, warning that they still have unfinished business in the final season of this formula.

Despite Mercedes gobbling up pretty much everything in sight this Formula 1 season including another two F1 world titles plus 13 victories out of a 17 possible, Marko is upbeat about the season and what lies ahead for the energy drinks outfit.

In an interview with Auto Motor und Sport, Marko ventured, “With a little more luck, we could have won in Mugello, Turkey and the second Bahrain race.”

Looking back on 2020, Red Bull’s package never quite hit the sweetspot consistently enough to seriously trouble Mercedes but at the season finale in Abu Dhabi when Max got the package he deserved and delivered a proper thumping to the tired Champs which clearly has the Blues upbeat gong into the winter.

The win was too much too late to even ruffle Mercedes, and Marko lamented, “We always get going too late.”

Early in the season both Max and teammate Alex Albon struggled with the handling of the car, Max having to drive around it like only he can while Alex was lost.

The problem according to the Austrian was the front-wing of the Adrian Newey penned RB16, “There was a stall in the aerodynamics. When that was finally sorted out, we could focus more on the rear of the car. So from Mugello, we had that under control. Then the changes further back brought something too. It was successive progress, sometimes more sometimes less.”

He explained how the team erred, “The inconsistencies arose from the fact that our wind tunnel, which is an older model, conveyed incorrect information with the wider car. This has meanwhile been recognised and partially resolved.”

The 2021 Red Bull will be the designated RB16B reports Michael Schmidt, which Marko acknowledged, “Next year’s car is relatively similar. It is the question of how much we will lose due to the floor-area reduction. But we are on the right track which means we have the base which is now working well.”

Marko shot a very early salvo ahead of the 2021 season when he added, “We haven’t had the last word yet. There’s still something new to come before Melbourne.

“The goal is, of course, to finally get on the same level as Mercedes. That’s why we developed right through to the end of this season because we wanted to be certain that we were on the right track with the developments,” concluded the Red Bull consultant.