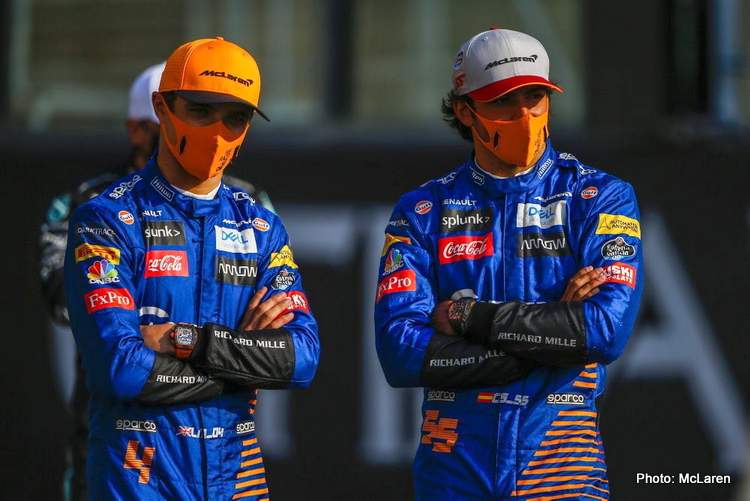 A sweet exchange between Formula 1 superpowers McLaren and Ferrari erupted on Twitter today when Lando Norris delivered a message to Carlos Sainz who departs working for Maranello in 2021.

While McLaren herald a new era with Mercedes power and Daniel Ricciardo to spearhead their campaign next year alongside Lando, Carlos moves to the cauldron that is Ferrari, arguably at the worst point in their illustrious history.

A message to our friends at @ScuderiaFerrari and to the famous tifosi.

Nevertheless, McLaren delivered a heartfelt message in Italian, followed by members of the team chipping in, and this is the gist of what he said: “To our friends at Scuderia Ferrari and to the famous Tifosi.

“Today we’re sending you a message. You were and are among our oldest and fiercest rivals. We respect your history and legacy, as we do our own.

“We relish every battle with the Reds. McLaren and Ferrari are like two opposite poles that attract each other. You are both opponent and friend, and we have respect for the Scuderia and the Tifosi.

“So, at this time of goodwill to all people, we send you a gift. We have looked after it for two years. We looked after him and helped him grow. Now, it’s your turn. Take care of him, like we did.

“See you on the track next year. Ciao and Merry Christmas.”

Woke up to this. Weird how a little video can make you feel so special and loved. This is class from my friends at @McLarenF1 . Grazie amici. Ci vediamo in pista. https://t.co/VXjnKYwB9c

Good to see well-meaning sportsmanship between the sport’s oldest and most successful teams, after a gruelling season in which McLaren’s fortunes rose to the point that they finished third in the 2020 F1 constructor’s championship.

In contrast, Ferrari plummeted to one of their lowest ebbs, finishing sixth. If they indeed mean what they say about looking after the Spaniard, then Mattia Bonotto and his crew have a great deal to do ahead of 2021.