Leclerc: It has been my best year in Formula 1 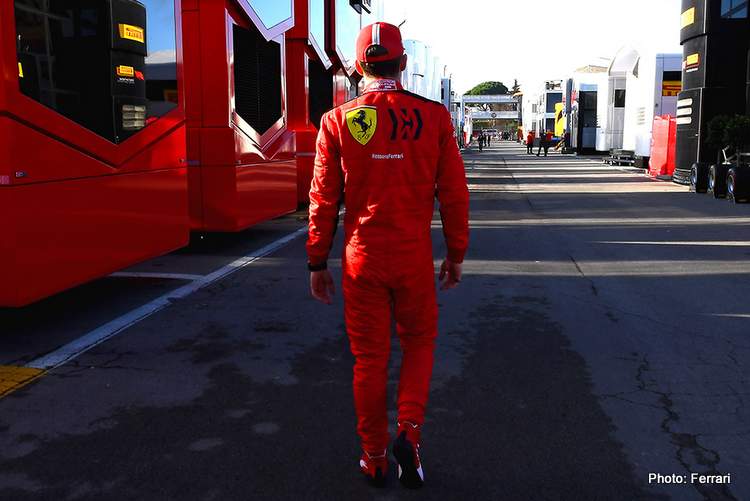 Last year Charles Leclerc scored ten podiums, including two victories, and finished fourth in the Formula 1 World Championship; in 2020 he finished eighth with only two podiums and no wins yet he believes it has been his best season thus far in the top flight.

Ferrari have never recovered from the ‘castration’ of their Prancing Horse badged PU, and with the SF1000 a useless car Charles, and teammate Sebastian Vettel, had to struggle every race weekend simply to make it into Q2.

In the final race, Kimi Raikkonen, the man who was their last World Champion back in 2009, ironically beat both of them,  the veteran driving for the Ferrari-customer Alfa Romeo team. It does not get more embarrassing than that for Scuderia and its legion of proudfans.

Nevertheless, Charles, who completed his third year in the top flight, one with Sauber and now two with the Reds,  told Marca, “I think it has been my best year in F1 and I think we have learned a lot from this season for the future. We will come back stronger and I hope we can prove it next year.

“I do not know if we will take a big step next year, but I am sure that any step we take will be in the right direction.”

That direction they never found in 2020 and Ferrari delivered their worst season since the early eighties indicating that something is very much amiss at Maranello and its not just the car and engine.

Nevertheless, Charles’s skill and tenacity put the SF1000 where it had nowhere being and as a result trounced Seb 13-4 in qualifying when they let it all hang out.

While there is a school of opinion and not only Seb fans, that believe the Scuderia ‘did a nasty’ on the departing four-time F1 World Champion and suggest he was not getting equal kit.

However, the more plausible theory is simply that Charles, at 22 beginning his F1 career with tons to prove, was prepared to go that much further with the beast of a car, than Seb who is ten years his senior and has four world titles on his mantlepiece.

Charles explained, “Most of the time I am taking risks and everything was going positively, which helped us score points. Sometimes it has not been as I wanted and we have lost some points.

“I think overall, my performance has been very positive this year. I am very happy,” he declared when reflecting on the season past, in which the highlight for him were podiums at Red Bull Ring in Austria (second) and at the 70th Anniversary Grand Prix (third) at Silverstone.

It would be fair to say that Charles’ rapid, and not unexpected, rise at Maranello resulted in $40-million a year Seb getting the boot ultimately which sets the stage for an intriguing arrival in the form of contemporary Carlos Sainz.

“I am looking forward to next year to see how many improvements we will have. After the Barcelona tests [earlier this year]  I think we all knew that something was not right. As a team, we pressured ourselves to believe in it, to have hope, which I think is a good thing in these situations.

“But we also put ourselves under pressure to work as hard as possible, trying to get to the first race and maximize what we had, which is what we did.

“We worked very hard and constructively and demonstrated, from that point on we were taking small steps in the right direction and this is not always a fact in Formula 1,” added Charles.

Stats sort of back his observations, he did score his podiums in the early part of the season but with it came three DNFs by the halfway mark. Furthermore, in the latter races he struggled to make it beyond Q2 in qualifying.