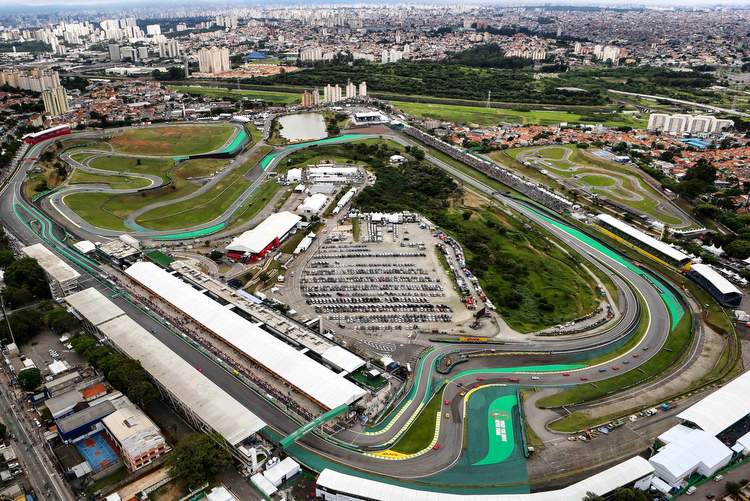 Formula 1 has renewed until 2025 its contract to hold races at the Interlagos track in Sao Paulo, city mayor Bruno Covas confirmed on today.

“The contract has been finalised and will be signed in the next few days,” Covas told reporters at a joint news conference with the state governor Joao Doria.

“In November (2021) we will have the GP Sao Paulo here in Interlagos. The contract is for five years and renewable for another five years.”

Formula 1 cancelled its race in Brazil this year due to the COVID-19 pandemic and had been negotiating the possibility of moving Brazil’s race to Rio de Janeiro.

The move has been controversial for environmental reasons, with six times world champion Lewis Hamilton saying he would be against cutting down forest to build a circuit.

“My personal opinion is the world doesn’t need a new circuit. I think there are plenty of circuits in the world that are great and I love Interlagos,” the Mercedes driver said last month.

The contract with Interlagos terminates at the end of 2020 but Formula One included it on a provisional 23-race calendar for 2021 published this week.

When asked why Sao Paulo was chosen over Rio, which has yet to build the circuit and would need an environmental permit, Covas replied: “Well, we already have a racetrack.”

The new deal will involve a different promoter to the past and incur a hosting fee payable to Formula One, unlike recent seasons.

Formula 1 can today confirm that Sao Paulo will continue to be home to the Brazilian Grand Prix until 2025.

The race will take place on November 14, 2021. The Brazilian Grand Prix will be called the Formula 1 Grande Prêmio de São Paulo and will continue to be held at the famous Interlagos Circuit.

There will be a new promoter for the Grand Prix, Brasil Motorsport, a company owned by investment entities controlled by Mubadala, a global investment company from Abu Dhabi.

Mubadala has a strong history of investments in diversified industries and has appointed Alan Adler, a senior executive with relevant experience in the Sports & Entertainment sector, to lead this new partnership with Formula 1.

Chase Carey, Chairman and CEO of Formula 1, said: “We are pleased to announce the city of São Paulo will continue to host the Brazilian Grand Prix until 2025 and look forward to working with our new promoter in the years ahead. Brazil is a very important market for Formula 1 with devoted fans and a long history in the sport.

“The race in Brazil has always been a highlight for our fans, the drivers and our partners and we look forward to providing Formula 1 fans with an exciting race at Interlagos in 2021 and over the next five years.”

Mayor of Sao Paul, Bruno Covas, said: “It is a great joy to be able to announce that Interlagos will continue to host one of the of the most important events in world motorsports. We made a tremendous effort to keep the race in our city. We have robust infrastructure for tourists, public safety and offer top-notch services.

“We believe that hosting the Grand Prix, in addition to promoting our city to the world, will continue to bring important contributions such as job creation and income generation. We have seen studies that show that for every R$1 invested in the São Paulo GP, R$5.20 is generated for the local economy.”

Alan Adler, Brasil Motorsport, said: “We are very excited to be able to work with Formula 1. The F1 race has been held in Interlagos since the 1980s, and it is one of the most respected circuits on the calendar.

“Brazilians are motorsports and speed enthusiasts, and Brazil has a long tradition of producing great drivers, which in turn has created a great legion of F1 fans in our country. I believe that due to our experience working with reputable global brands, we can do a great job at uniting sports, brands, and entertainment.

“With this, we will be able to provide new experiences for the public, both on and off the tracks.”