Berger: I can see Verstappen and Perez working well 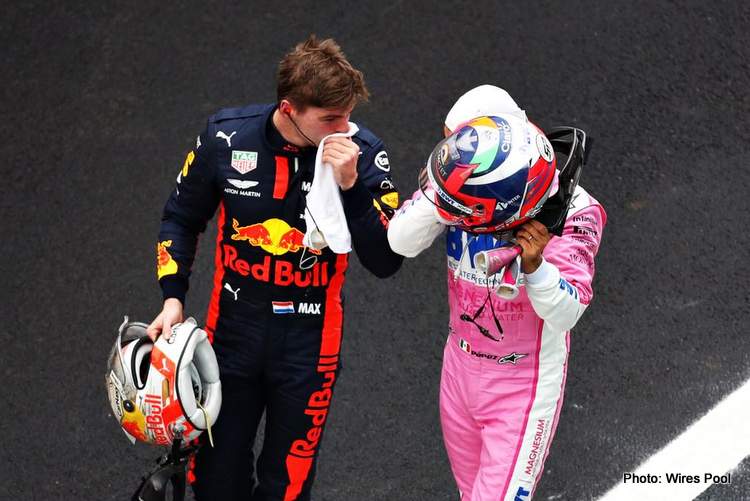 While the Formula 1 world waits on Red Bull’s driver line-up for 2021, a large swathe of fans are rooting for Sergio Perez to get the drive with the team including former F1 driver and close associate Gerhard Berger.

For this to happen, blue-eyed boy, Alex Albon will have to get the sack or at least a demotion to reserve, and then a deal to be inked with the Mexican. How this one pans out is anyone’s guess until Dr Helmut Marko wakes up one day and decides to reveal all.

Until then everyone has jumped onto the speculation bandwagon as Alex’s longevity with the team has been remarkable considering their history of little tolerance for drivers that do not deliver.

Yet, despite his poor record against 23-year old Max Verstappen something or someone within the energy drinks organisation is giving the 24-year-old a free pass.

The likes of Daniil Kvyat and Pierre Gasly were treated far shoddier and given far less time to prove themselves in the A-team. Red Bull’s patience has been saintly towards a driver who this year has been comprehensively drubbed 17-0 in qualifying by his teammate.

Add to that the fact that Alex on 93 points scored less than half of Max’s 189 points, and its patently clear to all that the Dutchman needs a sterner teammate, not only to push him but also to rake in the points for the team.

Berger is well connected to the Dietrich Mateschitz empire, it was the Austrian who managed Toro Rooso and Sebastian Vettel the year he scored the organisation’s F1 victory on a famous day at Monza in 2008.

He told Servus TV, “For sure,  Red Bull needs two strong drivers. One is Verstappen, and this is not disputed, but a second strong driver is also needed. The goal of this team must be to win both the drivers’ and constructors’ titles.

“And you cannot afford not to have two top guys getting you maximum points. I can see the combination of Max and Perez working well together,” declared Berger of the 30-year-old Mexican who raced his final race for Racing Point in Abu Dhabi on Sunday.

No doubt Red Bull’s billionaire boss Dietrich Mateschitz will tap up someone like Berger for his thoughts on drivers, however the final decision is yet to be made but is expected before Christmas.

Berger, like most of the F1 paddock, was impressed by George Russell’s cameo in the Mercedes at the Sakhir Grand Prix, in place of COVID-19 ridden Lewis Hamilton.

The regular Williams driver went into a race with only four hours mileage in the Champion’s car and nearly won it. Humbling teammate Valtteri Bottas, who has been in it all year, on the day in Bahrain.

Berger said, “Bottas does not have Russell’s speed but it is also true that for the near future Mercedes are committed to Bottas. And at the moment there aren’t many opportunities to change this but I see a bright future for George.”

While the combo of Max and George would be explosive, Checo’s presence at Red Bull alongside the #33 car could be much like Vettel-Webber without the aggro for Red Bull.

While the Albon-solution has resolved nothing and arguably set their programme back as Red Bull carry the weight of a driver that underdelivers too often and appears out of his depth at the highest, at the expense of another that is battling for wins given the slightest opportunity.