Szafnauer: 2020 a year of missed opportunities 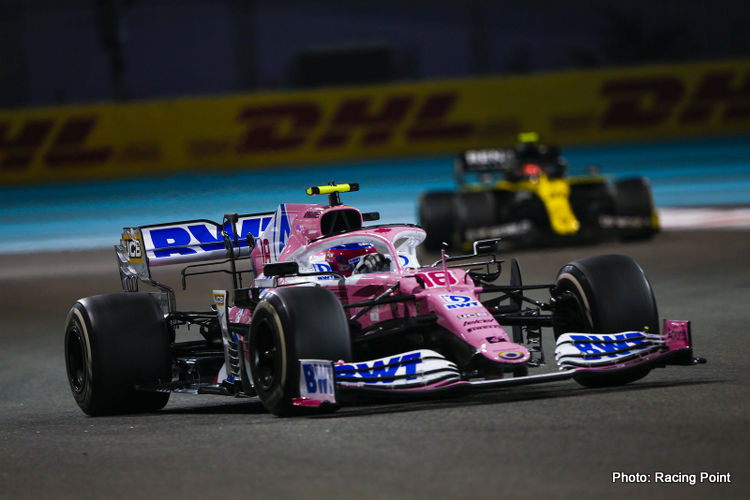 Racing Point boss Otmar Szafnauer has lamented his team’s bad luck over the course of the 2020 Formula 1 season, but maintains there is plenty of cause for optimism heading into 2021.

Sitting third in the constructor’s championship coming into the final race of the year in Abu Dhabi, a weekend that did not go their way saw them leapfrogged by McLaren, with a deficit of just seven points.

While driver Lance Stroll was able to add to the team’s score with a point from his P10 finish, his teammate Sergio Perez started the race from the pitlane for exceeding his quota of power unit components, and yet managed to get up to third before a power unit failure forced him to retire from the race.

In contrast, McLaren drivers Lando Norris and Carlos Sainz finished fourth and sixth respectively, with Szafnauer left to rue what could have been.

“A difficult evening where things didn’t go our way,” he said afterwards. “Lance’s race was heavily compromised by being held up by Sainz deliberately driving slowly in the pitlane, while Sergio retired on lap 10 with a loss of power.

‍“Those developments left us facing an uphill task to retain third place in the Constructors’ Championship and we finished just seven points shy of that goal in the end.”

And with seven DNFs, a DNS, and both their drivers missing races due to positive COVID-19 diagnoses, Szafnauer suggested his team had more than their fair share of misfortune.

“It’s been a year of missed opportunities for several reasons – including more than our fair share of bad luck that cost us valuable points.

‍“We will take the disappointment tonight in our stride and focus on the positives of an incredibly strong season where we enjoyed some great moments.”

In 2021, the team will undergo several changes, with Perez making way for Sebastian Vettel, and a name change to Aston Martin — together with works status.

‍“We have shown that we have a competitive car and team,” Szafnauer said as he looked to next season. “Which will give us a great base to come back even stronger in 2021 under the Aston Martin name.

‍“A big ‘thank you’ to everybody in the team for their huge efforts and a fond farewell to Sergio after seven years with the team. We wish him all the best for the future.”