Albon showing promising things ahead of 2021 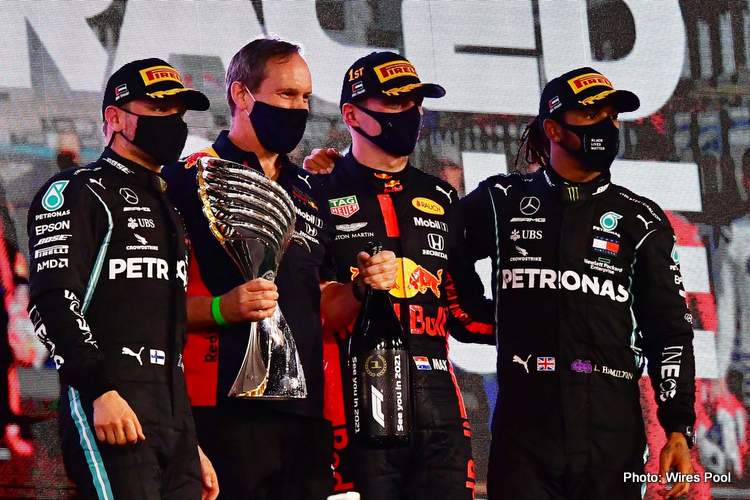 Max Verstappen dominated from start to finish in Abu Dhabi, but behind him Alexander Albon also seemed to follow in the footsteps of Mercedes. This was also noticeable with the great Red Bull rival, as it was with the Red Bull management itself.

Where Alexander Albon regularly fell behind Max Verstappen this year, he managed to keep the damage in Abu Dhabi to a minimum. He left the midfield drivers far behind and managed to stay in the wake of the top three drivers. This earned him compliments at the end of the race. Lewis Hamilton was the first to give a pat on the back to the driver who chased him in the final laps of the race. “Red Bull was out of reach for us all weekend”, the Brit sighed immediately after the GP.

“We couldn’t follow their pace and it’s great to see Alex near us. It was a battle between two teams and that’s what the sport needs. Alex finished close behind us. Of course that says a lot because that hasn’t happened much this year. So he also managed to make a big step”, Hamilton sounds positive in conversation with Sky Sports.

His superior, Toto Wolff, was also impressed by the performance of the second Red Bull man, who managed to get dangerously close at the end of the race. “Red Bull has won fairly here. Albon drove a very good race this Sunday. It shows that both Red Bull drivers can do very well if the car is good”, said the champions’ leader.

Supporters and auto-sports passionates are already looking forward to the new Formula-1 season. They’re also ready to take their chances on sports betting websites, above all on those where you can not only bet but also can find the most interesting sports betting odds for a wide array of sports as well as the best betting advice from their experts. All the tools for expert betters and occasional fanatics are to be found on their website. Every new account also receives a substantial bonus to get him or her on the way.

Red Bull itself was also enthusiastic about the Albon race. Team boss Christian Horner was very happy with the performance of his second driver. “He did very well today. This was his strong weekend of the season when we look at the whole race weekend. He drove a good race and even managed to put pressure on Hamilton”, the Red Bull team boss is satisfied.

Horner confirms the decision about the team mate of Verstappen for 2021 will be made in the coming days. “Now it’s time to analyse everything and make a decision. As soon as we have made a decision we will let the press know, but it probably won’t take long”.

Finally, Red Bull adviser Helmut Marko was also delighted with Albon’s performance. He echoed Horner’s words: “This was one of his best races for Red Bull! We are now going to think carefully and make a decision about the future,” he said.

“It will all be closer together and more exciting in 2021”, he fears in conversation with the German RTL team of Verstappen and Albon. The fact that Mercedes was unable to win the race in Abu Dhabi for the first time since 2013 speaks volumes, according to him.