Vettel: This race is not one I will remember 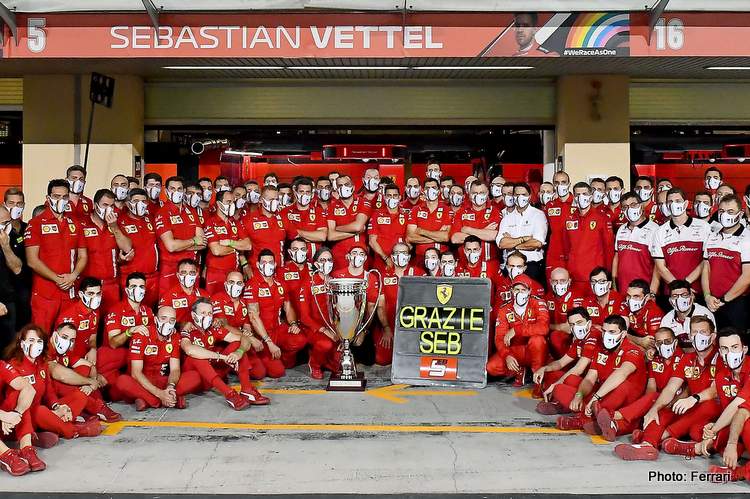 Only in 2007, when he raced in his first eight Grands Prix did Sebastian Vettel finish worse in the Formula 1 championship standings than he did in his final year as a Ferrari driver.

The 2020 season will be one that Seb will want to forget in a hurry, as he toiled all year with a wheel-barrof for a F1 car which he could never get to grips with. Even his detractors could not accept the German driver’s rapid fall from grace.

Ferrari did him no favours this year with the dogged SF1000, he on the other hand – when given decent kit by the Scuderia – did win 13 times in Red during his six seasons at Maranello.

On Sunday, at the 2020 Abu Dhabi Grand Prix he started the race from 13th on the grid and finished 14th; a sad testament to how the mighty have fallen amid a background of a grossly mismanaged and underdelivering team that nearly destroyed Seb’s career.

On the cool-down lap, the German gave a farewell rendition of ‘Azzurro’, a popular 1960s song by Adriano Celentano; a touch of class and a glimpse of the passion within a true champion:

Seb said, after a disappointing 117th Grand Prix with the Italian team, in his final race report as a Ferrari driver, “This race is not one I will remember.

“But what I will remember are the gestures of all the team members, the mechanics, the engineers, the catering guys and so on. I think the energy has been different today and I felt that, and will carry it with me forever.

“I will miss Charles. Obviously, he gave me a headache here and there, and we are at very different stages of our lives and careers. But he’s certainly a good kid and I think he will go a long way, he will be the man of the future. I hope he gets the car he deserves.

“In general, I hope that everyone can have a better season next year. It has been a very tough and tiring one for the obvious reasons. So I hope next year you will see us smile, see us angry and sad, and that it’s not all hidden behind a mask.

“That’s the main wish I have. I look forward to starting a new journey, but for now I’m happy to be going back home and recharging,” added the four-times F1 World Champion.