Sainz: Honoured to help get McLaren closer to where it belongs 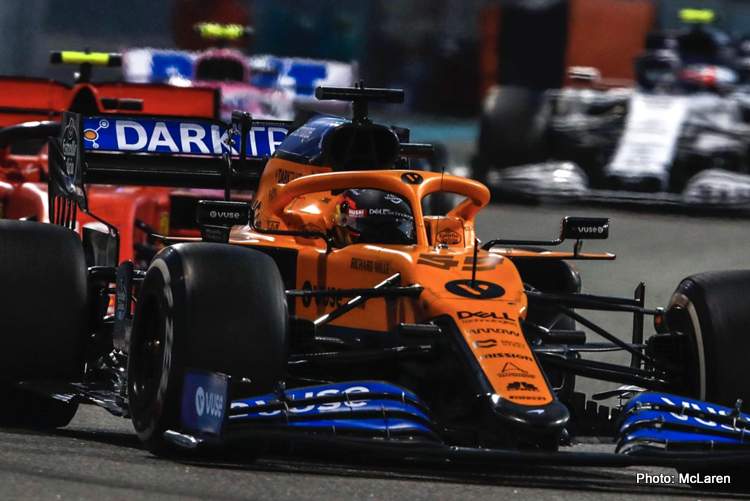 Carlos Sainz was a popular figure during his two-season stint at McLaren, the Spaniard this year instrumental, along with Lando Norris, in the team finishing in third place in the 2020 Formula 1 constructors’ championship.

Trailing Racing Point by ten points heading to the season finale Abu Dhabi Grand Prix, the boys in orange turned the tables around on a big day for a resurgent McLaren team.

After his 37th and final race for the Woking outfit, before he departs for the Ferrari cauldron, Carlos said in his last race report for McLaren, “A great day for the whole team. I think we managed to put together a very strong weekend from the beginning to the end.

“We managed to remain focused, solid and bring home this P3 in the championship with a very well-executed race from everyone.

“From my side, it wasn’t the most exciting race. I kept it clean, I made a couple of moves in the middle of the race and managed to finish back in P6, so happy with that. I’m also very happy with finishing P6 in the Championship for the second time with McLaren.

“I think the last seven, eight races of the year, where things went a bit more our way, I was able to show the pace that we’ve had all season. For me, it just shows that, whatever happens, you need to keep pushing and believing in what you are doing.

“I cannot be more grateful to each and every member of the team for these two great years, both at the racetrack and back at the factory. I take with me the best of memories.

“It’s been an honour to help the team as much as I could and get McLaren closer to where it belongs. I look forward to battling you guys next year! All the best,” added the 26th-year-old, who twice finished sixth in the F1 drivers’ championship with the team.

Team boss Andreas Seidl, “Carlos leaves with our best wishes for his next chapter in Formula 1.”