Russell: Return to the bottom three the sad reality in F1 these days 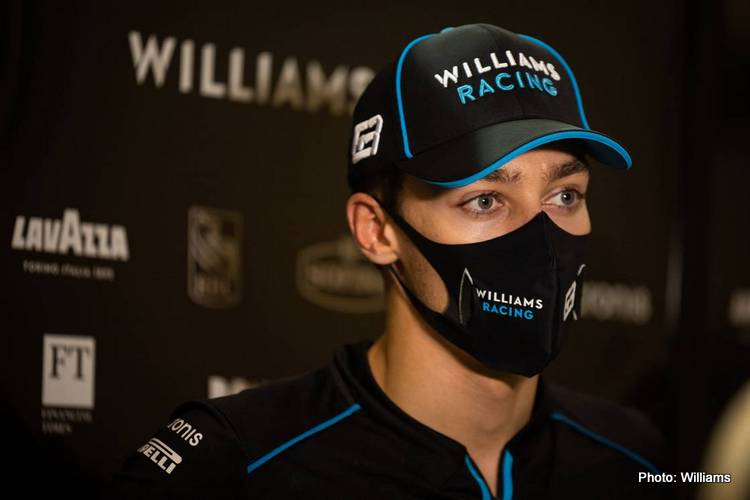 Williams’ George Russell says he has not lost sight of the realities of his predicament in Formula 1, despite a brief taste of the good life with Mercedes.

Temporarily moving to the Black Arrows to stand-in for the COVID-19-positive Lewis Hamilton at last week’s Sakhir Grand Prix, Russell scored his first points in F1 and nearly won the race, after 36 scoreless grands prix with Williams.

And while he showed up to this weekend’s race in Abu Dhabi ready to fill-in for Hamilton again, the seven-time world champion was cleared to race on Friday, sending Russell back to his regular place at the back of the grid – and a reality check with it.

“It’s obviously a big difference,” he told RaceFans. “The lap times show that.

“In some ways I feel more comfortable here at Williams because it’s my car, it’s where I’ve been for two years. But ultimately, we just don’t have the speed.

“As a driver, you’re doing the same job, but one week you’re fighting in the top three, the next week you’re in the bottom three. But that’s, unfortunately, the sad reality in Formula 1 these days.”

Indeed, Russell’s best effort in qualifying at Yas Marina was 2.774 seconds slower than that of Valtteri Bottas – the same gap was 0.026s at Sakhir.

Regardless, says he has an obligation to not rue what could’ve been had he got another week in the Mercedes, and instead focus on giving his best for Williams.

“The guys here at Williams are giving everything for me,” he explained. “So I feel like it’s my duty, especially the last race of the year, to go out and try and end on a high.”