Wolff: We have options to put pressure on Max 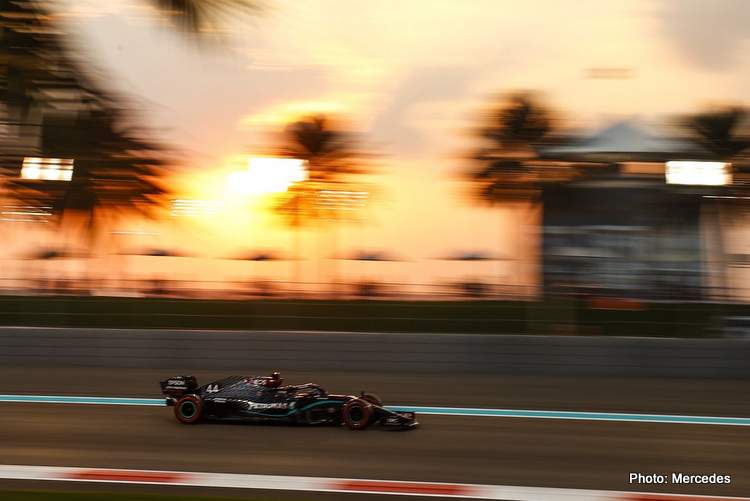 Mercedes suffered their first defeat in qualifying when Max Verstappen stole pole from them when he powered to the top of the timing screens in the final moments of qualifying for the 2020 Abu Dhabi Grand Prix on Saturday.

It was a scratch on their almost perfect record, ending a 15 race streak of top spot starts by their driver.

Team boss Toto Wolff said afterwards in the team report, “That was an exciting qualifying session and it came down to very fine margins with less than a tenth of a second between the top three at the end.

“We had a tough session in FP3 and were quite a long way off in terms of performance, so it was a pretty good recovery to end up P2 and P3 this evening.

“I was pleased to see a strong lap from Valtteri, who has had a difficult few weeks recently, and we are all very happy to see Lewis in the car and back out on track doing what he does best; after ten days away, his level of performance was impressive.

“Looking ahead to tomorrow’s race, we have two cars in the mix, so that will give us some options on strategy and a chance to put pressure on Max in front. We’re looking forward to an exciting final Grand Prix of the season – and we will be going flat out to try and finish the year on a high,” concluded Wolff.

Max ambushed the World Champions with his stellar effort, Andrew Shovlin acknowledged, “After we put in good times on a single lap yesterday the struggle we had today came as a bit of a surprise.”

Last year Hamilton’s pole was two seconds better than tenth place on the grid, this year the gap was a little less than a second.

Shovlin continued, “It was a bit better in qualifying, in so much as we were at least fighting for pole, but the midfield teams were much closer than normal and Red Bull were able to sneak ahead.

“Our car seems to be working well on the other compounds so we will be looking at the strategy tonight to understand how we can put our drivers into a position where they can challenge for the win tomorrow,” added the Mercedes man.

The World Champions will be hunting their seventh successive Grand Prix win at Yas Marina tomorrow.