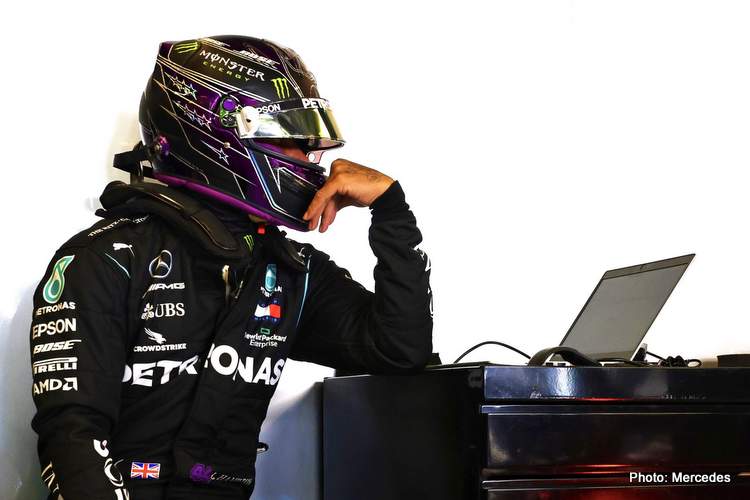 Seven-times Formula 1 world champion Lewis Hamilton said he had been moved by a letter from the son of a man facing the death penalty in Bahrain.

He assured activists on Saturday he would not let rights issues go unnoticed and has thus taken his stance beyond the #BLM movement and declared that “All lives matter.”

Freedom campaigners sent letters to Hamilton last month before the first of two grands prix in Bahrain, in them, they urged Hamilton to meet activists, wear a T-shirt with a message of support and discuss matters with the Crown Prince.

Hamilton had said he needed time to digest the content of the letters.

Asked for an update ahead of the season-ending Abu Dhabi Grand Prix, Hamilton said he had hoped to meet Bahrain’s Crown Prince but testing positive for COVID-19 had ruled that out.

“I have of course had more time to read them,” he said of the correspondence.

“Ultimately, it isn’t necessarily my responsibility to speak out on the places that I don’t know everything about but I think we together always have to work to push for change and improvements.

“I think the saddest thing for me was that there is a young man on death row and it’s not clear…when his son writes me a letter, that really hits home. All lives matter.

“I think there’s definitely work to be done in the background. I definitely won’t let it go unnoticed,” he added.

“When I get some time now, I will definitely try and speak to those (people) and see how I can positively impact that weekend as a sport, moving forwards.”

Hamilton has urged Formula 1 to do more to push for human rights, saying the issue was a “massive problem” in some of the sport’s host countries.

Bahrain’s 2011 race was called off due to civil unrest in the island kingdom and the grand prix, the country’s biggest sporting event, regularly draws criticism from rights campaigners.

The sport is also set to race in neighbouring Saudi Arabia for the first time next year, a move criticised by Amnesty International.

Formula One chairman Chase Carey said before the Bahrain Grand Prix that the sport was a “force for good” in the countries it visits.