Hamilton: It was a battle to get a lap together 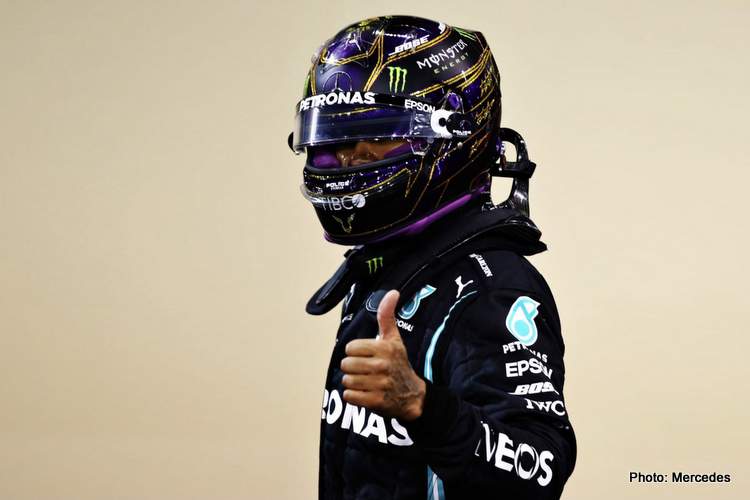 A week ago Lewis Hamilton was struck with COVID-19, isolating himself as his body dealt with the virus, on Saturday he delivered a gallant effort to claim third spot on the grid for Sunday’s 2020 bu Dhabi Grand Prix.

The World Champion was forced to miss the Sakhir Grand Prix last weekend and took his time to get dialled in these past two days. Less than a tenth separated the top three, with Max Verstappen edging Valtteri Bottas by 0.026s, with Lewis 0.060s shy of his teammate.

He reported at the end of the day, “It’s definitely been a difficult weekend, getting back into the rhythm and finding the momentum again but I’m super grateful to be back with the team and trying to close out the strong season that we’ve had, in style.

“I’ve struggled with the balance of the car and we weren’t really gelling together, so it was a battle to get a lap together in qualifying. I still gave it my all and it was so close between us.

“Obviously, it’s disappointing to be P3, but congratulations to Max, he’s been driving great this year. Hopefully we’ll give Max a good run for his money tomorrow, with both Valtteri and myself starting right behind him.

“It makes it more exciting, that’s for sure, and there’s still some unknowns with the long runs. This is a tough track to overtake on but there’s still strategy to play with, and the start and first few laps are going to be important.

“So, there are opportunities and I’m excited to see how it’ll play out,” added Lewis who will be seeking a hat-trick of wins at Yas Marina where he has already won on five occasions and Mercedes have not been beaten in the race since 2014.