Bottas: The points are given out on Sunday 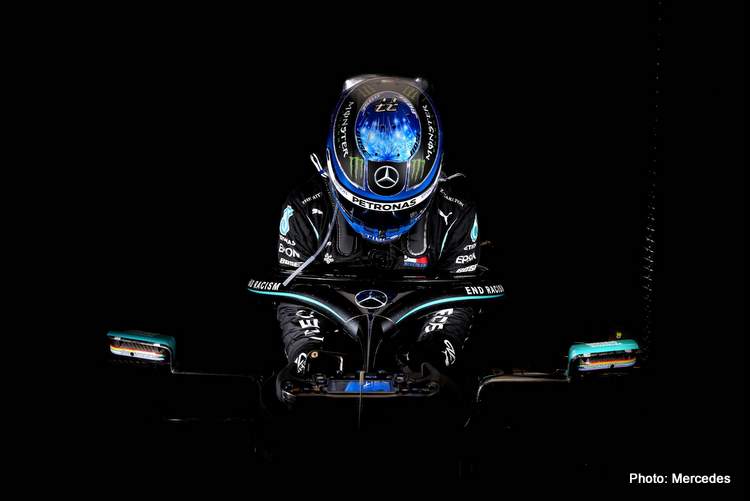 You immediately knew that Valtteri Bottas needed to deliver a lap from his top drawer of tricks, during qualifying for the 2020 Abu Dhabi Grand Prix, when Mercedes team boss gave him the hurry up in the dying moments of thrilling session.

Ahead of Valtteri’s final effort in Q3, Toto Wolff’s baritone voice came over the team radio to urge his driver on: “All you have Valtteri.”

No doubt he got a talking to in the wake of his humbling on Sunday night by George Russell at the Sakhir Grand Prix. The super-sub seizing the opportunity to make a solid case for himself to be considered for a seat, sooner rather than later.

Valtteri needed something special on the night, and although he was second fastest to Red Bull’s Max Verstappen on the day, he did enough to beat Lewis Hamilton in the sister car.

Valtteri said in the team report, “Congratulations to Max on pole position, he did a good job today. We saw in FP3 that the Red Bull was pretty quick; they managed to optimise their car and really extract the maximum from the Soft tyre, which is something we struggled with all weekend.

“As the track cooled down towards the end of the session, I started to suffer with understeer, which made it tricky to improve the lap times. I think I still managed to get everything out of the car, but we simply weren’t quick enough today.

“We looked stronger on the Medium tyres, but you need to be quick on the softest compound to be on pole. The points are given out on Sunday though. We have a strong car and will start the race on the Mediums, so it’s all still to play for.

“I think it’s going to be a good battle between Max, Lewis and myself and anything can happen as we’ve seen in F1 lately. I’m looking forward to an exciting season finale tomorrow and will fight hard to end the year on a high,” added the Finn who needs just that to buy more time with the best team in the history of the sport.