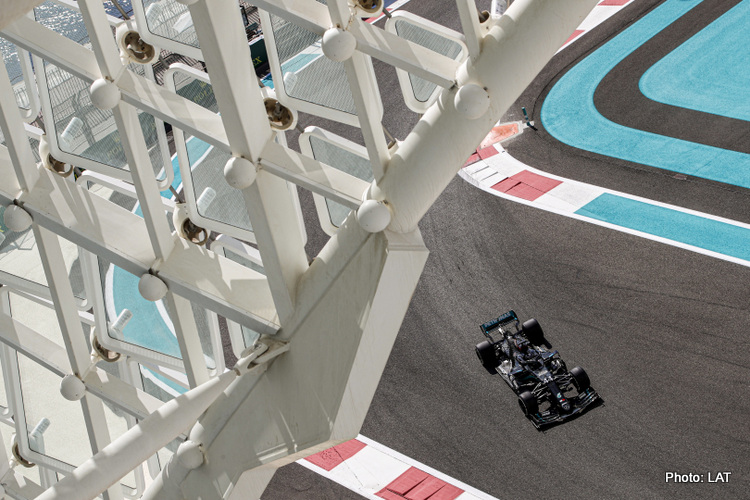 There was chaos at the Sakhir Grand Prix last week in Lewis Hamilton’s absence, and while it was despair for George Russell – whose chances of victory were ended by a left rear puncture – it was joy for Sergio Perez who earned his first victory in Formula One in his penultimate outing for Racing Point.

On Thursday, it was announced that Hamilton would return for Abu Dhabi after recovering from Covid-19, and the Brit has inevitably been installed as an odds-on favourite to round off another remarkable season with a win.

In his seventh Formula One World Championship-winning campaign, Hamilton has amassed a career-high 11 victories in 15 races and you can get 1/2 on him making it a dozen.

Valtteri Bottas is next in the betting at 4/1 and he will be feeling the pressure as his recent form reads 14-8-8. He was never really in contention on Sunday despite being the fastest qualifier, with the youngster Russell being the most impressive driver in a Mercedes on the day.

There is a 16 point gap between Bottas and Max Verstappen in the standings, so fifth-place would be enough for the Finn to finish second if Verstappen was to win, which you can back at 11/2.

Only once has Verstappen triumphed this year, but five of his six second-place finishes have been behind the insurmountable Hamilton, and there is plenty more to come from the Dutchman.

Perez is 50/1 to repeat his Sakhir success and while that might not be the worst value given his consistency across the season, it would be a big ask for everything to fall into place for him again, especially with Hamilton back behind the wheel.

4/1 for a Perez podium, however, could be much more appealing. The Mexican came second behind Hamilton in Turkey a month ago, and if something goes wrong with one of the ‘big three’ then he will be poised to pounce.

Daniel Ricciardo is 9/2 to complete his Renault tenure with a top-three berth, but it was his teammate Esteban Ocon who achieved that feat for the first time last weekend and is 10/1 to do so again.

Lance Stroll came third for the second time this year a week ago and you can get a perhaps generous 16/1 on the Canadian to go back-to-back.

It remains to be seen whether Sunday will be Alexander Albon’s final race with Red Bull, but a podium finish, which you can back at 5/1, would certainly help his chances of securing a drive for 2021.

Albon will be looking to leapfrog Charles Leclerc and Carlos Sainz in the Drivers Championship, but will also be wary of Lando Norris behind him.

There are 11 points between the four of them, and that jostling for position will be one of many interesting subplots in the season finale at the Yas Marina Circuit.

As far as betting offers are concerned, the 888sport new customer offer is a great option as you can claim a series of free bets that you could spread across the Grand Prix weekend.

You can also wager on the total number of drivers to be classified in the GP, and Over 17.5 is at 7/5.

Finally, there is the option to back ‘Yes’ or ‘No’ on whether each driver will be classified on Sunday. The shortest-priced individuals in the ‘No’ column are Pietro Fittipaldi and Kevin Magnussen at 2/1 apiece.